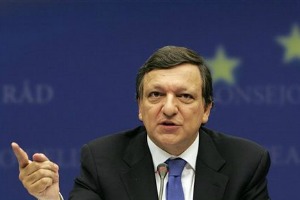 EXCLUSIVE / The chair of the European parliament’s environment committee has called on EU Commission president José Manuel Barroso to make a public statement of support for the EU’s bloodied plan to reform the carbon market, in a hard-hitting interview with EURACTIV.
News

The EU's flagship scheme for cutting carbon emissions suffered one of the most serious setbacks in its chequered history on Tuesday (16 April), when MEPs voted against a proposal to shore up the price of carbon in the Emissions Trading System (ETS).
Opinion
Trade & Society 10-04-2013

Despite the current slump in carbon prices, the EU Emissions Trading System is working as intended, and should not be amended further, writes Gordon Moffat. Otherwise, rising carbon costs will boost energy prices and make Europe’s industry less competitive in the face of international competition, he argues.
News
Climate change 26-02-2013

Carbon taxation: An old-new idea whose time may soon come?

In the debate over the future of the EU’s Emissions Trading System (ETS), a diverse and increasing vocal array of figures cutting across party lines has spoken out for an old-new way of cutting CO2 emissions: a carbon tax.
News

Lawmakers on the European Parliament’s environment committee voted by 38-25 in favour of an amendment in support of the EU’s ‘backloading’ plans for the Emissions Trading System (ETS), throwing a lifeline to the crisis-hit carbon market.
Interview

WWF head: Sustainable energy could save $4 trillion by 2050

Jason Anderson, the head of WWF's EU climate and energy policy, explains why binding targets and a backloading of carbon credits are needed to decarbonise Europe's economy by 2050.
News