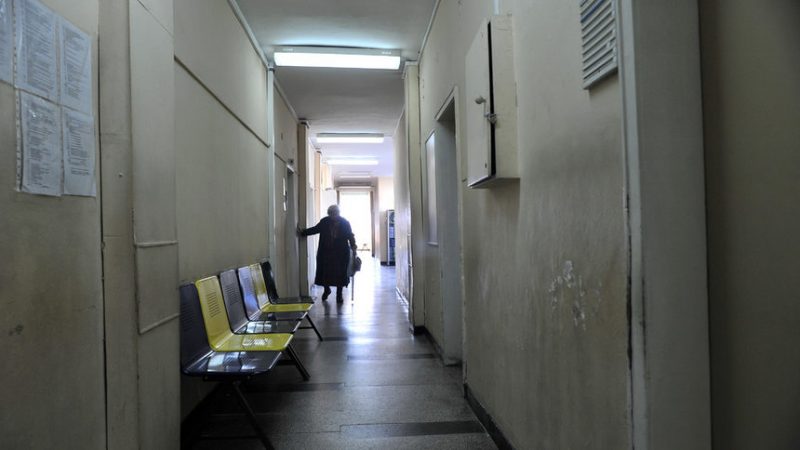 With coronavirus death rates surging to record levels in Bulgaria, doctors and nurses in a health service already weakened by decades of emigration to the West say they are exhausted.
News

French President Emmanuel Macron has created a roadmap for Lebanese politicians outlining political and financial reforms needed to unlock foreign aid and rescue the country from multiple crises including an economic meltdown.
News

In her latest investigation, EURACTIV Bulgaria’s Valia Ahchieva reveals the use of EU-banned pesticides, conflicts of interest, siphoning of European funds, lies and gross neglect of human health and bees’ life by the authorities.
Opinion

According to the World Bank, it turns out to be easier to do business in post-Soviet Belarus, Armenia, Azerbaijan, Kazakhstan and Russia than in EU member Bulgaria, writes Joël Ruet. Joël Ruet is the chairman of The Bridge Tank As...
Opinion

On Monday (March 2), a European and a Bulgarian non-governmental organisation, ClientEarth and “For Earth – Access to Justice”, are filing a complaint with the European Commission in an attempt to challenge Bulgaria’s new obsession of burning waste in coal...
Video

How was it possible that the water from Bulgaria’s Studena Dam disappeared, creating a humanitarian crisis for more than 100,000 people in the city of Pernik?
Video

Where did the water from Bulgaria's Studena Dam disappear, creating a humanitarian crisis for more than 100,000 people in the city of Pernik? Following the first part of Valya Ahchieva's investigation, the Minister of environment and water Neno Dimov was arrested.
News

Bulgaria's minister for environment and water resources was placed in 24-hour custody, the office of the Prosecutor General said on Thursday. The development took place after an investigative report by EURACTIV Bulgaria exposed mismanagement that left the city of Pernik without drinking water.
News

At a recent ceremony in the European Parliament in Brussels, the Association of European Capitals and Cities of Sport awarded the title of 'European City of Sport for 2020' to Pazardzhik. Valia Ahchieva takes a closer look at the Bulgarian city, whose sports base has fallen into disrepair and is earmarked for private developers.
News

A conflict is brewing in Bulgaria between civil society and the government over plans to reconstruct a 12-floor ruin, built during the last years of communism and abandoned ever since, into a children's hospital.
News

The 960 inhabitants of the Bulgarian village of Brashten, nestled in the hills and forests on the Greek border, don't normally pay much heed to international politics.
Opinion

Thousands protested in Montenegro’s capital Podgorica on Saturday (2 February), the fourth such rally in as many weeks, demanding that President Milo Djukanović and his government resign over alleged corruption, cronyism and abuse of office.
Opinion

Despite being one of the most beautiful countries in the European Union, despite having talented and educated people, despite a favourable tax environment, Bulgaria is likely to stay as the poorest in the EU, and to continue losing its population, writes Blaga Thavard.
Read more »»
RSS - bad governance