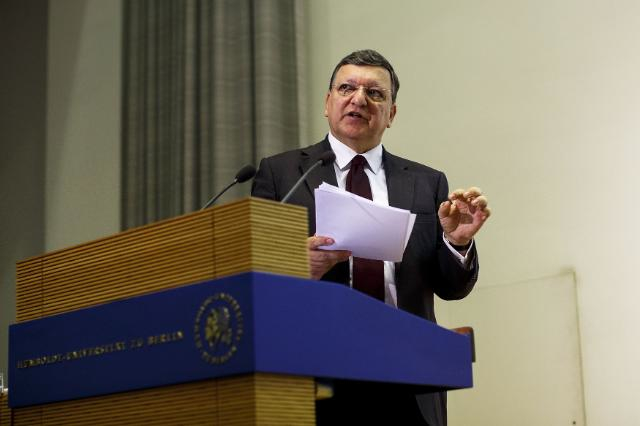 Barroso warns of declining support for EU ahead of election

The lack of support to European Union institutions may become a threat to European integration itself, Commission President José Manuel Barroso warned in a major speech delivered at Berlin's Humboldt University on the occasion of Europe Day.
Opinion 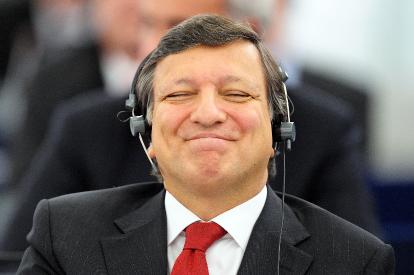 Commission President José Manuel Barroso was pelted with eggs by youths who blamed him for austerity policies and the death of migrants in Lampedusa, during a debate on Europe's future in Liège, Belgium.
News
Global Europe 03-10-2013

Barroso: EU would be ridiculed if US shutdown occurred here

Commission President José Manuel Barroso said that while the EU was "ridiculed" for its handling of the eurozone crisis he would not criticise the United States for its budget deadlock, as this was a "normal" result of democracy.
News
Elections 13-09-2013

Barroso: I proposed putting a ‘face’ on EU elections

Commission President José Manuel Barroso said yesterday (12 September) that he came up with the idea that European political parties present their candidate for the top EU job at the European Parliament elections in 2014, and regretted that little progress had been made in this direction.
News
Climate change 12-09-2013

European Commission President José Manuel Barroso has fired off an undiplomatic warning to British Conservatives that they risk losing out to the eurosceptic UKIP party in the next British elections, saying British voters would rather vote for the original than the copy.
News 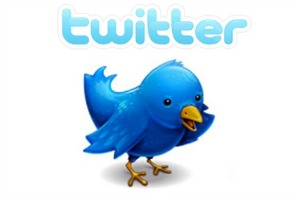 Pressure groups have "hijacked" a social media campaign by the cabinet of European Commission President José Manuel Barroso which asks citizens to address their questions to the hashtag #askbarroso ahead of his state of the union speech, EURACTIV has learned.
News
Social Europe & Jobs 06-09-2013

Barroso: ‘I deal with crises 24 hours a day, seven days a week’

As European Commission President José Manuel Barroso prepares for what could be his last State of the Union speech in Parliament next week, he has exchanged views with MEPs, exuding what participants say was an air of triumphalism over the Commission's handling of the eurozone crisis.
Opinion
Future EU 05-09-2013

I would happily agree to transfer more powers to the European Union if in exchange they protected my interests more strongerly and efficiently than national institutions can provide, writes Ivailo Kalfin.
News
Elections 24-06-2013

The 31st EU-Russia summit will be held today (3 June) in the Ural city of Yekaterinburg. No breakthroughs or surprises are anticipated, but EU representatives are expected to warn President Vladimir Putin about “repressive tendencies” in Russia.
News
Future EU 05-04-2013

Commission President José Manuel Barroso will decide next year whether to run for a record third term as head of the EU executive, according to reported comments yesterday (4 April) in Vienna, where he is on an official visit.
News

All 27 European Commissioners have agreed from next month to accept a 25% salary cut "as a gesture of solidarity with our weakened economies", a spokesman for Commission President José Manuel Barroso announced today (1 April).
News
Health 21-03-2013

Green members of the European Parliament have accused the EU’s anti-fraud office, OLAF, of using wire taping and other “illegal means” in the investigation which led to the resignation of John Dalli as health commissioner. Senior MEPs called for the OLAF director to resign.
Opinion
Future EU 18-12-2012

The message of the EU Council’s Nobel Prize exhibition is a tribute to France's General de Gaulle, writes David Price who wonders: Is the Council now openly declaring it is a Bastion of Gaullism?
VideoPromoted content
Euro & Finance 12-12-2012

Ahead of the 6th EU Summit in a year, finance ministers are meeting on Wednesday to table a compromise on creating a single supervisor responsible for all eurozone banks. The so-called “Single Supervisory Mechanism” is seen as the first pillar of a full European banking Union.
Interview
Brexit 18-10-2012

MEP Farage: ‘We are Europeans, and proud of it’

Britain's 40 years in the EU have been of great shame and sadness, but the British are European and proud of it, British MEP Nigel Farage told EURACTIV Germany.
Opinion
Future EU 24-09-2012

It is too simplistic to propose that a region could simply remain in the European Union after seceding from its EU member state and that the ‘evaporation theory’ of Belgium's New Flemish Alliance cannot adequately grasp all the political and legal problems which such a scenario would entail, say Guillaume Van der Loo and Merijn Chamon.
Opinion
Future EU 21-09-2012

Which institutions for the euro area?

José Manuel Barroso and Herman Van Rompuy have already sketched out the broad outlines of an institutional architecture for the euro area that is sound in monetary matters but which needs to be further improved by combining effectiveness and legitimacy, writes António Vitorino.
News

Finland's Europe minister Alexander Stubb questioned today (18 September) the need for a change to the European Union's treaty, saying such a move would require too much time and raise uncertainty.
Opinion
Elections 17-09-2012

In his latest State of the Union address to the European Parliament, European Commission President José Manuel Barroso asked all political parties to present a ‘lead’ candidate for the European elections. The reason that the call was such a surprise was that the Party of European Socialists has been working on this for the last three years, argues Sergei Stanishey.
News
Languages & Culture 14-09-2012