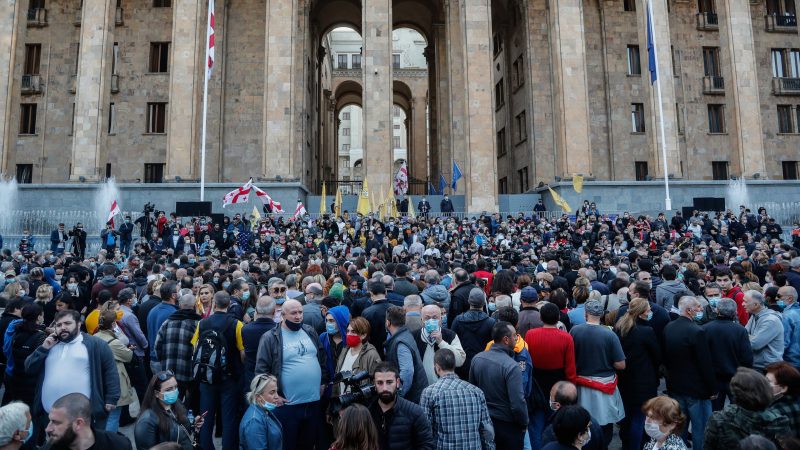 European parliamentarians hailed on Tuesday (10 March) the political agreement between Georgian ruling and opposition parties that promises to resolve the electoral reform conflict that resulted a series of protests in the country.
News

Georgia’s top court on Monday (10 February) sentenced a leading opposition politician to three years and two months in jail for embezzlement, a move which he condemned as politically motivated. The Supreme Court’s ruling on Gigi Ugulava, the 44-year-old leader...
Interview

Georgia's parliament on Sunday (8 September) confirmed an ex-interior minister accused of cracking down on protesters as the country's new prime minister, fuelling political tensions in the ex-Soviet nation.
News

US Secretary of State John Kerry began a two-day visit to Georgia and Ukraine today (6 July) to reassure NATO's eastern friends they will not be abandoned to face Russia alone.
News

Georgia's foreign minister quit yesterday (5 November) and one of six parties in the ruling coalition pulled out, depriving it of a parliamentary majority in a rift over the pace of integration with the West.
News 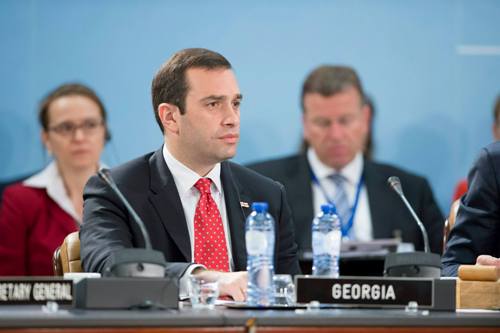 Georgian Prime Minister Irakly Garibashvili fired his defence minister yesterday (4 November) hours after he criticised the arrests of several officials in his ministry as politically-motivated and aimed at those who favour better relations with the West.
VideoPromoted content 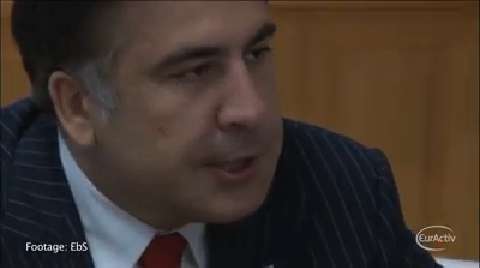 EU election observers said on Monday that Georgia's presidential poll was "transparent", confirming democracy is becoming stronger in the former Soviet republic. The European Commission also welcomed the victory of Georgy Margvelashvili, the candidate representing the ruling Georgian Dream coalition, after he won Sunday's elections with a clear majority.
News