Greece and Turkey put a territorial dispute in the Aegean on the back-burner in talks in Athens on Monday (19 June). The two countries' prime ministers instead focused on their common commercial interests ahead of another round of UN-sponsored talks on Cyprus.
News

Turkish Prime Minister Binali Yıldırım warned the EU on Saturday (22 October) not to forget that Turkey has alternatives to the bloc, whose ties with Ankara have become increasingly strained.
News

Major pipeline projects such as Turkish Stream and TANAP were the focus of the 23rd World Energy Congress which opened in Istanbul yesterday (10 October) in the presence of the leaders of Russia, Turkey and Azerbaijan.
News 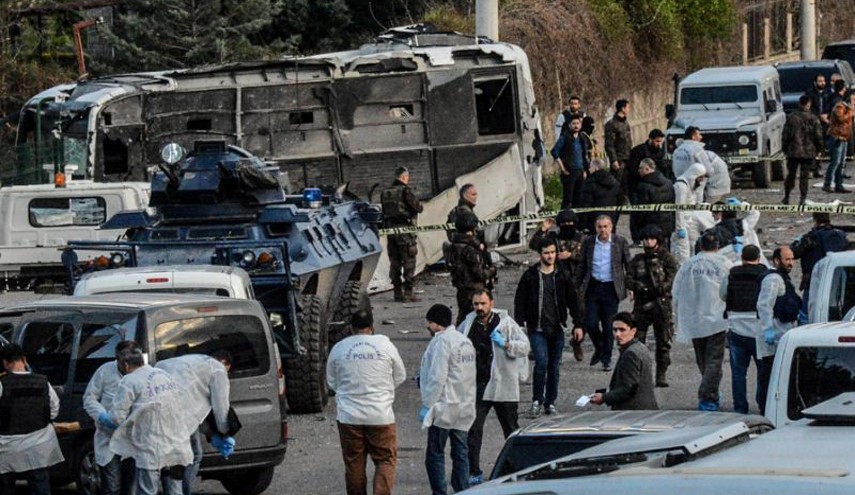 Eighteen people were killed yesterday (9 October) when a van packed with five tonnes of explosives blew up in Turkey's restive southeast, the prime minister said, in an attack blamed on Kurdish militants.
News

Turkey yesterday (4 October) suspended 12,800 police officers over alleged links to an Islamic preacher accused of masterminding the failed July coup, and cut broadcasts of a pro-Kurdish television channel under its controversial state of emergency.
News

The European Union wants Turkey to change its anti-terrorism law which it considers too broad but such differences do not mean a deal to grant Turkish citizens visa-free access to Europe will fail, the European parliament chief said yesterday (1 September).
News

Turkey aims to clear its borders of Islamic State and other militant groups to prevent a new flow of migrants and will continue operations until the nation's security is guaranteed, Prime Minister Binali Yildirim said on Friday (26 August).
News

On a visit to Ankara, US Vice President Joe Biden sought yesterday (24 August) to ease tensions with Turkey which have been growing since the 15 July coup attempt.
News

A suicide bomber aged between 12 and 14 carried out the attack on a wedding party in the Turkish city of Gaziantep on Saturday (20 August) that killed at least 51 people, the president said.
News