Fragmented, multilingual and over-regulated: Europe is currently not an attractive place for investors and things could get worse after Brexit, experts from the life sciences industry have warned.
News

Britain's biotech sector boasts the strongest new drug pipeline in Europe but industry leaders say it needs continued access to global talent, funding and regulatory clarity to thrive in the future - all of which could be jeopardised by Brexit.
Special Report 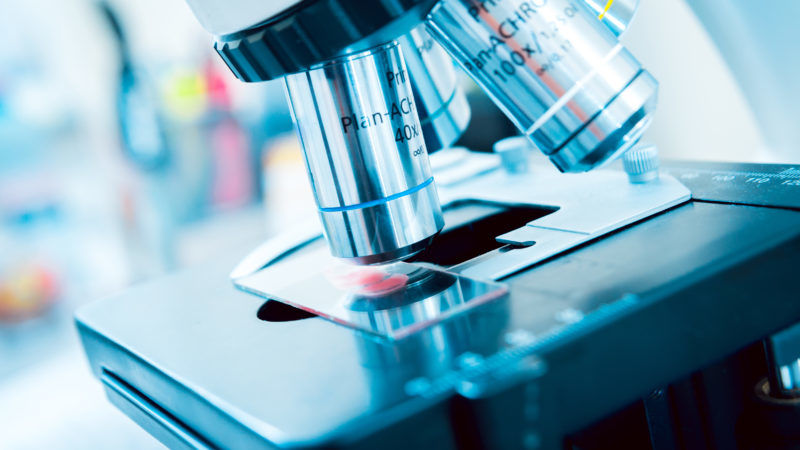 Biotechnology could help patients across Europe gain access to innovative therapies, for example, against rare diseases. Proponents of bio-medicines also claim that precision therapy, because it is more efficient, will ease the burden on member states’ ailing healthcare systems.
Opinion

As the world focuses elsewhere, two untested varieties of genetically modified maize are slowly manoeuvring their way through the legislative hoops of the European institutions towards Europe’s fields, writes Mute Schimpf.
VideoPromoted content 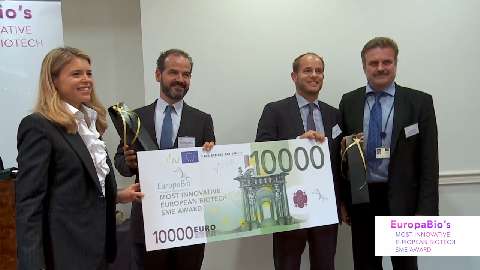 EuropaBio’s Most Innovative European Biotech SME Award aims to showcase European Biotech SMEs that have developed an innovative solution to technical, social and environmental problems.  The award is committed to strengthening the biotechnology and innovation arena in Europe while promoting and empowering SMEs to generate novel solutions to unmet needs.
Opinion
Agrifood 26-09-2013

The demand to transfer powers from the EU back to the national level is politically en-vogue in several EU member states at the moment. EU policy on agricultural biotechnology, however, is an interesting exception, writes Maria Weimer.
News

European regulators have cleared the way for the first serious threat to the makers of multibillion-euro biotechnology drugs to treat diseases such as cancer and rheumatoid arthritis.
News

Britain's farming and environment minister has called for a speeding up in the European Union's approval process for genetically modified (GM) crops which he said offered definite benefits including less pesticide use.
Special ReportNews
Science & Policymaking 12-11-2012

The European Commission proposed new rules in September regarding the presence of genetically modified pollen in honey. The new proposals consider that pollen in honey is a 'natural constituent', thereby contradicting a previous ruling by the European Court of Justice from September 2011 that considered it an 'ingredient', writes John Davison.
VideoPromoted content
Economy & Jobs 08-10-2012

In an exciting twist, two companies have been announced as winners of EuropaBio's Most Innovative Biotech SME Award 2012. Commission Vice President Tajani who presented the award, during the event hosted by Dr. Kay Swinburne MEP at the European Parliament on 19th September, named both Austrian healthcare biotech SME ProtAffin AG and Global Bioenergies a French industrial biotech SME- as joint winners of the award.
Opinion
Agrifood 03-07-2012

French President François Hollande will face judicial problems over the ban on the cultivation of genetically modified plants, and this has widespread implications for science-based risk assessment in the EU, argue Marcel Kuntz, John Davison and Agnès E. Ricroch.
News

The European Food Safety Authority, seeking to deflect criticism over the independence of its work, yesterday (5 March) announced moves to clarify disclosure rules and guidelines on who can serve as scientific experts.
News

The EU agency charged with reviewing the safety of biotech crops and food products has “frequent conflicts of interest” with the industries it is supposed to evaluate, says a report that adds renewed doubts about its scientific assessments.
News

Europe's largest and most influential biotech industry group, whose members include Monsanto, Bayer and other GM companies, is recruiting high-profile "ambassadors" to lobby European leaders on GM policy.
News

As preparations for the world summit on food security next month speed up, Bill Gates, the billionaire founder of software giant Microsoft, is urging governments, donors, researchers, farmer groups and environmentalists to overcome "ideological" divisions about technological solutions to increase agricultural productivity in Africa.
News

The European Union took a step closer yesterday (30 June) towards ten more years of biotech cultivation after leading scientists reconfirmed the safety of the only genetically modified crop to be grown commercially in Europe so far.
News

Life scientists need to turn to ICT experts for computational modelling to simulate how living systems work and make new discoveries, argues a biologist in an interview with EURACTIV.
Interview

As advances in basic biological research move up a gear, the amount of data generated can no longer be understood via traditional experiments and life scientists must turn to ICT experts for computational modelling and simulation of how living systems work, argues a biologist in an interview with EURACTIV.
News

The current global credit crunch could dent invesment in biotech research and seriously delay the discovery of new medicines, a UK scientist warned yesterday at a conference on the future of life sciences.
Interview

While the Union's cautious approach to granting market authorisation to new technology applications like GMOs or products derived from nanotechnology has meant that EU has not suffered from any major backlash, it could also mean the bloc is missing out on major opportunities to improve its competitiveness, argued a policy analyst from a Brussels-based think tank in an interview with EURACTIV.com.
News

While the Union's cautious approach to granting market authorisation to new technology applications like GMOs or products derived from nanotechnology has meant that EU has not suffered from any major backlash, it could also mean the bloc is missing out on major opportunities to improve its competitiveness, argued a policy analyst from a Brussels-based think tank in an interview with EURACTIV.com.
Read more »»
RSS - biotech