Several Italian MEPs have voiced concern and criticism after a lawmaker from Matteo Salvini’s ruling Lega party hinted at the possibility of removing an EU civil servant from his duties, after having had an argument with him on Twitter.
News

Never mind ‘hard’ or ‘soft’, an Italian MEP has warned against a ‘brutal’ Brexit.
Video

After years of austerity, confidence in Europe's capacity to care for the weakest and most disadvantaged has come under close scrutiny. The Maltese presidency pledges to lead by example advancing Europe social policy in close consultation with social partners, civil society and citizens.
News

European? Aged 18-30? Unemployed? Want to work abroad for pocket money? The EU's new Solidarity Corps may be for you.
VideoPromoted content

The Lisbon Treaty states that the EU aims to promote social progress and improve the living and working conditions of the peoples of Europe.
VideoPromoted content

Made in Italy is a unique collaboration between the Italian Ministry of Employment, Unioncamere, Google and Italian SMEs, created to boost digital skills, improve business competitiveness and tackle youth unemployment.
News

How can independent media survive across Europe? EURACTIV releases six recommendations in January 2015 for a more effective EU strategy towards media and the fourth estate.
Opinion

We need more European funds for innovation. We must strengthen collaboration among potential beneficiaries. We shall give young innovators the chance they deserve to build up the basis of Europe's smart growth. These are some of the conclusions that Brando Benifei MEP and Victor Negrescu MEP draw following on the discussions at last week's Knowledge4Innovation Summit.
News

European parliament committees expressed their concerns about the structure, portfolios and competences of candidates in written questions to the 27 commissioners-designate. The queries were sent to the candidates last week as part of the approval process of the new Juncker Commission.
Special ReportNews

After traveling 450 km across 15 Belgian cities for four days, the Special Olympics torch arrived in Brussels on Tuesday.
VideoPromoted content 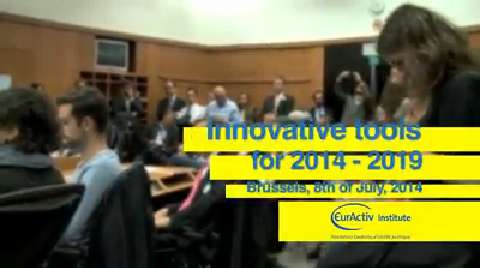 Over the last 15 years, EURACTIV has developed a unique concept of understanding the EU affairs landscape, both in Brussels and in EU capitals. Combining expertise in political science with communication and technology, EURACTIV is now more than a media brand: it is a knowledge centre of expertise on EU communication techniques.
RSS - Brando Benifei