As the EU's climate goals become increasingly ambitious, it should engage more proactively with Southeast Asian countries (ASEAN) to reassure them that the bloc's green targets are not trade protectionism in disguise and ensure a sustainable COVID recovery globally.
Interview

The EU's withdrawal of trade perks that have given Cambodia quota- and tariff-free access to the bloc's single market is seen as "eminently political" in the South-East Asian nation and is unlikely to bring about a change in the country, Raoul M. Jennar  told EURACTIV.
News 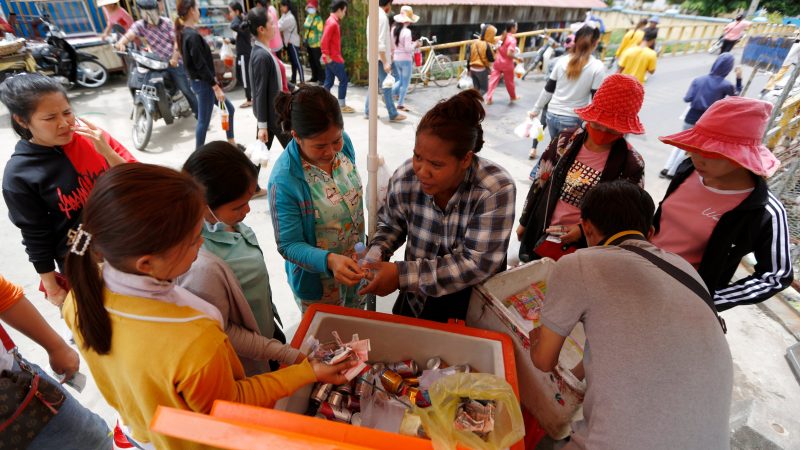 The European Union reimposed customs duties on many of Cambodia's exports on Wednesday (12 August), suspending its trade arrangement over concerns about human rights.
OpinionPromoted content

Cambodia: Between COVID-19 and EBA Withdrawal

For Cambodia, the impact of COVID-19 is similar to a simulation of the possible withdrawal of the EU-driven Everything But Arms (EBA) trade scheme. In the current situation, if EBA is to be withdrawn, it would signify "a nail in the coffin" of the already dying garment industry, the country's biggest employer, writes Sim Vireak.
News

Passengers on a cruise ship that was turned away from ports around Asia over fears they could be carrying the new coronavirus finally began disembarking in Cambodia on Friday (14 February). Cambodia’s strongman premier Hun Sen welcomed around 100 tourists...
News

EU countries failed on Tuesday (4 December)  to determine whether to impose tariffs on rice coming from Cambodia and Myanmar from the start of next year to curb a surge in imports, leaving the European Commission to take the final decision.
News

Cambodia’s parliament is reviewing a five-year ban on more than 100 members of the main opposition party, which could allow them to return to politics, following threats by the European Union to deny duty-free trading access to the Southeast Asian...
News

An alliance of EU rice producers has called for restoring tariffs on rice imports from Myanmar and Cambodia, in part due to human rights concerns, but Commission sources clarified that the EU executive's ongoing safeguard investigation is linked to purely economic considerations.
News

European leaders sought to build support from Asia on Thursday (18 October) in defence of free trade and the fight against climate change, to counter the growing protectionism of President Donald Trump's America.
News

Cambodia's ruling party said it had won a landslide in Sunday's one-horse election, an expected outcome after the main opposition was banned paving the way for leader Hun Sen to prolong his 33 years in power.
Interview

Cambodian human rights activist Naly Pilorge is in Brussels to plead with MEPs and the Commission not to take Phnom Penh's claims to democracy seriously, following an unexpectedly damning resolution by lawmakers earlier this year.
News 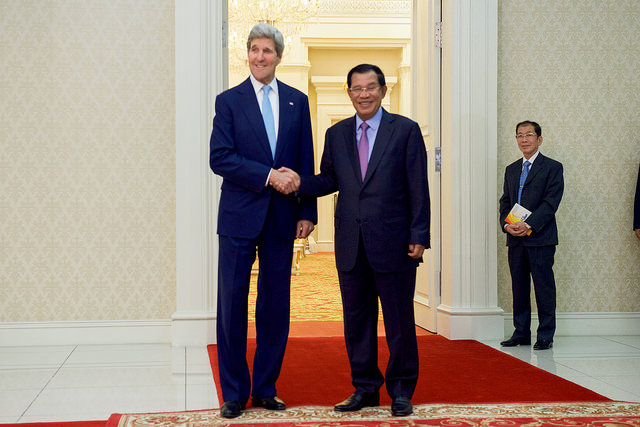 Cambodia's strongman premier vowed Monday (19 September) to "eliminate" his opponents if they push ahead with plans for nationwide protests against an ongoing government crackdown that has sparked international alarm.
News

The Cambodian government has defended itself against accusations from Europe that it is harassing the opposition and unpopular NGOs. Phnom Penh labelled the accusations "hypocritical". EURACTIV Germany reports.
News

Past successes should not hide what remains to be done towards complete eradication of malaria, write Maurice Ponga and Cristian Dan Preda.
RSS - Cambodia