Changes taking place in the UK and US could force a rethink of the EU’s flagship climate policy, the Emissions Trading Scheme.
News

Russia on Wednesday (26 August) voiced fears over EU plans for carbon taxes on imports from countries outside the bloc, a move that would hit hard a country heavily dependent on hydrocarbons trade.
News

The European Union is considering quotas to force airlines to use more sustainable fuels as it seeks to clamp down on the climate impact of aviation, the European Commission said on Wednesday (5 August).
News

Luxembourg will implement a levy of €20 per tonne of carbon from 2021, as part of its efforts to slash greenhouse gas emissions by 55% by the end of the next decade.
Opinion

The European Union is forgetting the revenue side of the EU budget to pursue its policies. The new own resources can provide a link to an EU policy, increase ownership, and shape behaviour of citizens, businesses and governments, write a group of Slovak diplomats.
Interview

In an interview with EURACTIV Germany, Julia Hertin, the managing director of SRU, the German government's advisory board on environmental matters, spoke about the country's plans to introduce a climate protection bill, a carbon border tax and a trading scheme for carbon certificates. And she wants things to progress quickly.
News

The free play of forces in Austria’s parliament is now leading to a string of different alliances between Austrian parties, who are attempting to come up with the perfect programme to appease voters. An analysis by Herbert Vytiska for EURACTIV Germany.
News

Whether as an eco-barrier or a carbon tax at the EU’s border, a 'green tax' is being defended by most French parties in the run-up to the European elections. Protectionism 'à la Green' appears to be more or less accepted. EURACTIV France reports.
Interview

Carbon tax has featured prominently during the EU election campaign. The key issue is whether poorer households will be expected to pay a CO2 tax, when they emit less than high earners. In an interview with EURACTIV Germany, two climate scientists discuss climate change affecting the class system and consumer behaviour.
News

In a debate on the potential introduction of a carbon price, an increasing number of German company associations are voicing their thoughts. Some fear their competitiveness would take a hit, while others are excited about new business opportunities. EURACTIV Germany reports.
News

There is growing speculation surrounding the German Chancellor’s departure. In other news: The issue of carbon tax is also being hotly debated. EURACTIV’s media partner Der Tagesspiegel reports.
News

The 'yellow vest' movement showed that French people will reject the carbon tax if the proceeds are not allocated to the energy transition. But the government seems reluctant to acknowledge this. EURACTIV France reports.
Opinion

The violent response to the French carbon tax in Paris demonstrates good climate policy is dependent on a fair, just and managed transition writes Sanjeev Kumar. Far from stalling, climate change action is becoming a major issue in elections globally, he says.
News 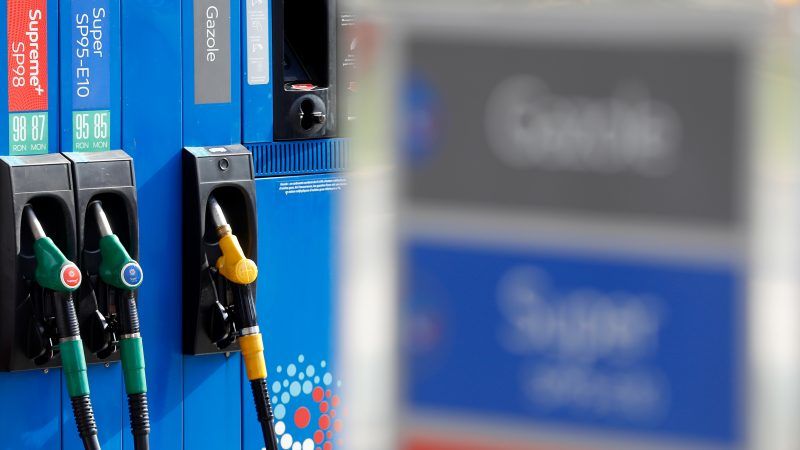 The many exceptions to the  French carbon tax do not make it easier for people – and drivers – to accept green taxation, EURACTIV France reports.
News

Is the EU committed enough to increase taxes on fossil fuels? That is a question that needs to be raised now considering the long-running debate on the best measures, including energy taxation, to reduce greenhouse gas emissions, write Kai Schlegelmilch and Zoltán Szabó.
Read more »»
RSS - carbon tax