Pro-independence Catalan leaders Carles Puigdemont and Toni Comin sat for the first time as members of the European Parliament on Monday (13 December), calling on the EU to take a stance on the political conflict currently gripping Spain.
News

The jailed Catalan pro-independence leader Oriol Junqueras has the right to immunity as a result of being elected member of the European Parliament in May, the EU Advocate General Maciej Szpunar said in his conclusions on Tuesday (12 November).
Opinion

Pedro Sánchez is part of the problem

Spanish Prime Minister Pedro Sánchez should follow the example shown by David Cameron and Alex Salmond over the question of Scottish independence. Instead, he has walked away from dialogue, argue Raül Romeva and Alfred Bosch.
News 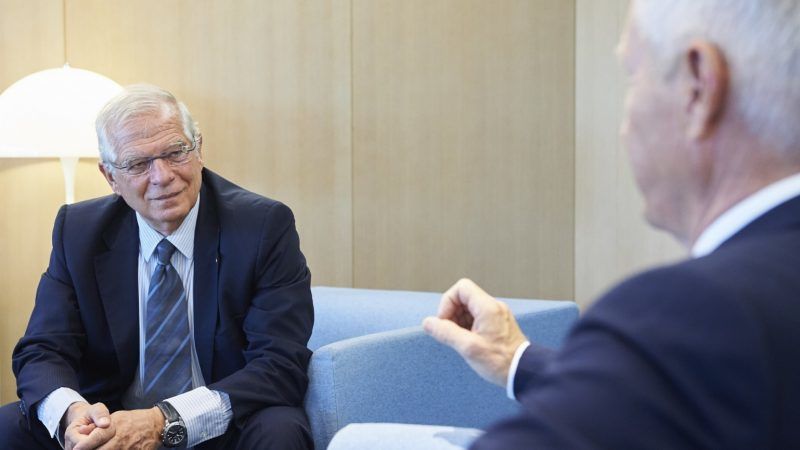 As the first anniversary of the declaration of independence of Catalonia approaches and tensions between Madrid and Barcelona increase, Spanish Foreign Affairs Minister Josep Borrell met with senior European officials in Strasbourg to seek support.
RSS - Catalan conflict