MEPs have repeatedly argued that the European Parliament should abandon its Strasbourg seat. The Alsatian capital is poorly connected and the French authorities are reluctant to spend money improving infrastructure. EURACTIV's partner La Tribune reports.
Video 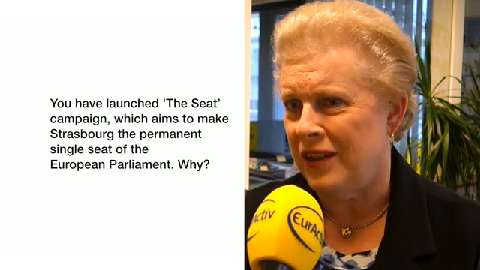 Everybody agrees: The European Parliament needs a single seat. But former minister and MEP Catherine Trautmann says it should be Strasbourg, not Brussels.
Opinion
EU Priorities 2020 15-03-2013