The coffee, tea and cocoa consumed in the European Union and even inside the European Commission buildings are produced with slave and child labour, writes Fernando Morales-de la Cruz.
Opinion

European Commission President Ursula von der Leyen’s pledge to have ‘zero-tolerance’ for child labour in EU trade policy is a promising step. Delphine Moralis explains how these warm words can be turned into concrete actions to improve the lives of millions of children.
News

Every tenth child in the world, which amounts to over 150 million in total, are forced to work to support their family financially, according to the human rights organisation Terre des Hommes. This finding was published in the organisation's 2019 Child Labour Report, which it published for International Child Labour Day (12 June). EURACTIV Germany reports.
Interview

More than 40 million people were trapped as slaves last year in forced labour and forced marriages, according to the first joint effort by key anti-slavery groups to estimate the number of victims worldwide of the international crime.
Special ReportInterview

In an exclusive interview, the International Trade Centre's executive director managed expectations about fair trade, as well as broaching the subject of child labour and transparency in the value chain.
Opinion

The European Commission should start listening to its citizens and come out with concrete plans to enhance corporate accountability, at home and abroad, urge Jerome Chaplier, Urs Rybi and Sandra Cossart.
News

The war in Syria is raging on with no end in sight to the suffering or human rights violations it brings. We need to rethink how we protect the children displaced by this conflict, write Pierre Salignon and Gael Giraud.
News

Haile Gebrselassie, the world’s greatest-ever long-distance runner, has warned that the world is in danger of “forgetting a huge emergency” in Ethiopia and other African states struggling to respond to shortages after the most extreme El Nino in half a century.
Opinion

Despite official claims, Turkey cannot be considered a safe country – neither for migrants nor for its own citizens, writes Hakan Ataman.
News

With a special alliance for sustainable clothing and a new textile label, German Development Minister Gerd Müller hopes to help guarantee fair working conditions in developing countries. But the initiative has been abandoned by relevant corporations and is under attack from NGOs. EURACTIV Germany reports.
News 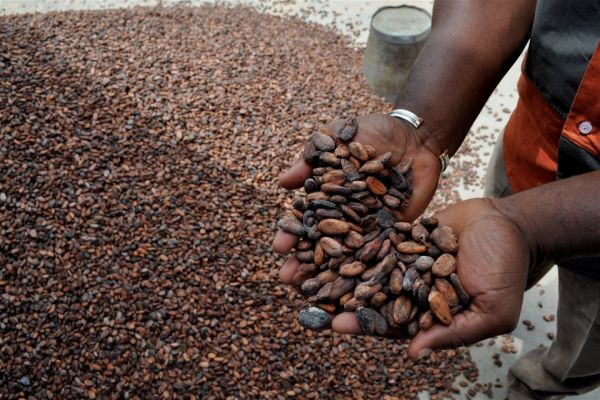 Europeans are among the world’s biggest consumers and producers of chocolates, but members of the European Parliament want to stronger measures to ensure that a key ingredient in candy and confections wasn't harvested with child labour.
RSS - child labour