About: City of London 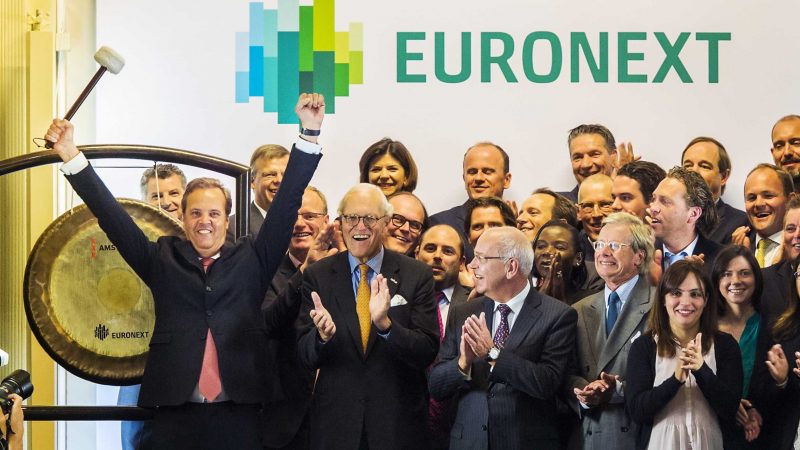 In the race for business lost by the City of London because of Brexit, Amsterdam's stock market has surprised European rivals by carving out the biggest slice so far. 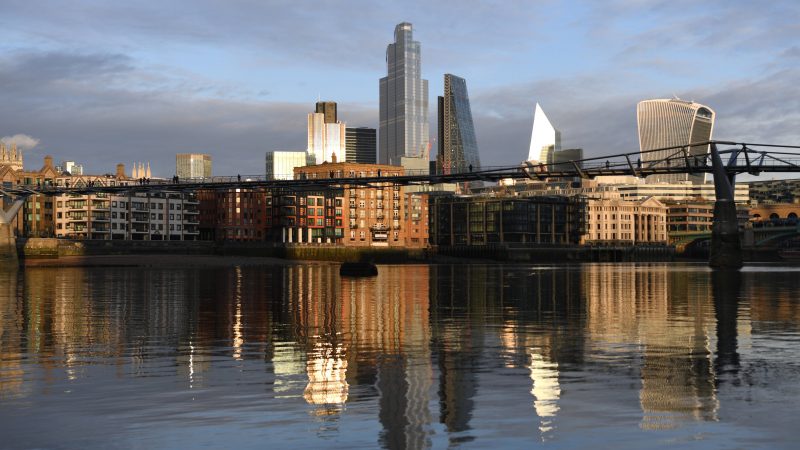 London is currently Europe's leading financial centre but the French authorities dream of seeing Paris in the lead. However, it remains to be seen if the City will lose access to European markets after the UK-EU negotiations this year. EURACTIV's partner EUROEFE reports.

The European Medicines Agency is looking to sublet its former headquarters in the financial district of London, after a British court ruled on Wednesday (20 February) that it cannot break its lease despite the UK’s withdrawal from the EU.

European Commission Vice-President Valdis Dombrovskis told the UK’s financial sector on Tuesday (24 April) that the EU and UK regimes could co-exist together after Brexit, but warned that London would not have a say in the decision-making process.

European Union lawmakers on Tuesday (10 October) gave broad support to a law that could end the City of London's global dominance in clearing euro-denominated financial contracts after Brexit.

The UK's financial sector is seeking an "ambitious" trade pact between Britain and the EU to try to prevent a costly shift of jobs and business to the continent once the country leaves the bloc, according to a draft report seen by Reuters.

Demand to rent British commercial property levelled off for the first time in almost five years during the past three months, as online shopping hurt high-street retailers and Brexit and election worries unsettled other potential tenants.

The EU unveiled plans Tuesday (13 June) to give itself powers to force a huge slice of London's banking business out of the UK after Brexit in a blow to the city's supremacy as a global financial hub.

The EU fired a fresh salvo at the UK on Thursday (4 May), proposing fresh rules that would require a huge slice of London's banking business to leave the UK after Brexit.
Special Report

Deutsche Bank could move up to 4,000 jobs away from Britain, the group's compliance chief said Wednesday (26 April), as Germany's largest lender struggles to work out the consequences of Brexit.

European Union leaders will warn Britain it cannot assume its big financial services industry will be included in any free trade deal after Brexit, diplomats said on Monday (24 April) after fixing negotiating terms in a draft document.
Special Report

EU antitrust regulators vetoed a proposed €29 billion merger of Deutsche Börse and the London Stock Exchange on Wednesday (29 March), just as the UK triggered divorce talks with the EU.

The European Union will not pick an immediate fight with the City of London over its right to clear euro-denominated securities, EU officials said on Monday (27 February) , as Britain prepares to trigger the process of quitting the bloc.

Almost three-quarters of British bankers believe London will still be the financial centre of Europe in five years' time, despite risks surrounding Brexit, according to a study published Wednesday (2 November).

France will accelerate and simplify the registration of financial companies looking to leave the City of London ahead of the UK's exit from the EU, the country's regulators announced on Wednesday (28 September). EURACTIV’s partner La Tribune reports.

Financial institutions based in Britain will lose so-called passporting rights allowing them to operate across the European Union unless post-Brexit Britain is at least part of the European Economic Area, ECB policymaker Jens Weidmann has said.
Read more »»
RSS - City of London