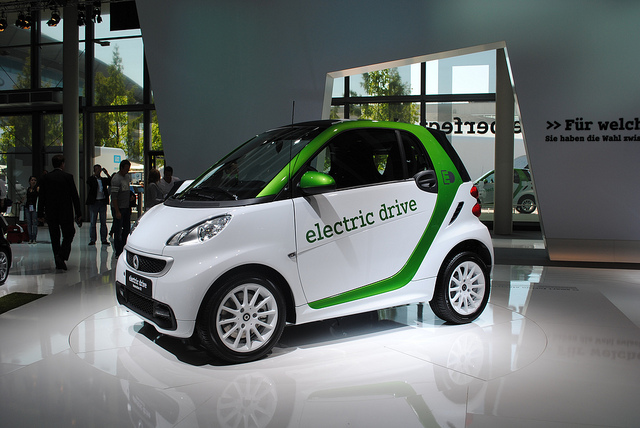 As the EU prepares for tough negotiations on reducing CO2 emissions from cars post-2020, industry lobbyists, green campaigners and the European Commission alike seem to agree on one thing: deeper emission cuts from road transport will require a more “holistic” approach.
Opinion
Transport 26-02-2014

A vote in the European Parliament this week finalised CO2 targets for new cars in 2020. But the agreement also highlights a policy-chasm in plans to reduce emissions from vehicles after 2020, writes Greg Archer.
News

The European Union on Tuesday (26 November) agreed a new compromise that delays stricter rules on carbon dioxide emissions for EU cars, ending months of wrangling after Germany insisted on tearing up an earlier deal.
News

Lithuania, holder of the EU presidency, has made a new proposal to weaken rules on how much carbon new cars can emit from 2020, in line with demands from Germany and its luxury manufacturers, EU diplomats said.
Interview
Transport 15-04-2013

Ivan Hoda?: ‘We have reconciled ourselves to the 95g CO2 target’

Europe's car industry has reconciled itself to EU plans to limit emissions from cars to 95 grams of CO2 per km (g/km), and from vans to 147 g/km, Ivan Hoda?, secretary-general of the European Automobile Manufacturers Association, tells EURACTIV.
News
Transport 15-04-2013

ACEA: 2013 will ‘probably be worst year for car sales’

EXCLUSIVE / This year is likely to be the worst on record for car sales in the European market because of the recession, said Ivan Hoda?, head of the European Automobile Manufacturers' Association ACEA.
VideoPromoted content
Transport 12-03-2013

Tough new EU carbon dioxide emissions targets for cars are facing "dilution" due to heavy pushback from member states with strong auto-industry lobbies, such as Germany, according to an Irish presidency source, who was speaking on condition of anonymity at a press briefing on 16 January.
News

The EU’s proposal to grant “super credits” to carmakers for low-emission vehicles threatens to add at least 10g of CO2 per kilometre to the EU’s 2020 target, say Green groups and other transport stakeholders.
Special ReportNews
Transport 20-09-2012

Peugeot chief calls for Brussels to legislate on electric cars

SPECIAL REPORT / The head of PSA Peugeot Citroën’s electric vehicles and mobility projects has called for the European Commission to legislate common tax and regulatory measures for electric cars across the continent.
Special ReportNews
Brexit 20-09-2012

Britain needs a more ambitious programme to encourage the uptake of low-carbon vehicles because sales of the cars have disappointed, a committee of British MPs said today (20 September).
News

A recent moratorium on new legislation in the automobile sector announced by the European Industry Commissioner Antonio Tajani will not apply to CO2 standards in cars, EURACTIV has learned.
News
Transport 22-08-2011

EU ministers have called for the rapid development of a European standard for electric vehicles to speed up their uptake, with France and Germany leading requests for EU finance to fund pilot projects.
News
Climate change 21-04-2010

The European Commission has come under fire from the EU Ombudsman for failing to produce letters it received from carmaker Porsche AG four years ago when it consulted interested parties on EU legislation to cut CO2 emissions from cars.
News

Germany lawmakers on Wednesday (19 August) approved a plan to put a million electric cars on German roads by 2020, in a bid to become the worlds top market for electric vehicles.
News

The EU is getting closer to reaching an agreement to reduce CO2 emissions from cars, amid speculation that the bloc's car-making countries have struck a deal to lower fines for manufacturers that fail to meet their CO2 targets.
Read more »»
RSS - clean cars