The director of the World Health Organisation's (WHO) European branch has called for Europe to take a unified approah to the issue of refugee health. EURACTIV Spain reports.
News

Even though one third of the global population have the microbes that cause tuberculosis (TB), pharmaceutical companies still have little incentive to produce the drugs that can combat the deadly but curable disease.
News 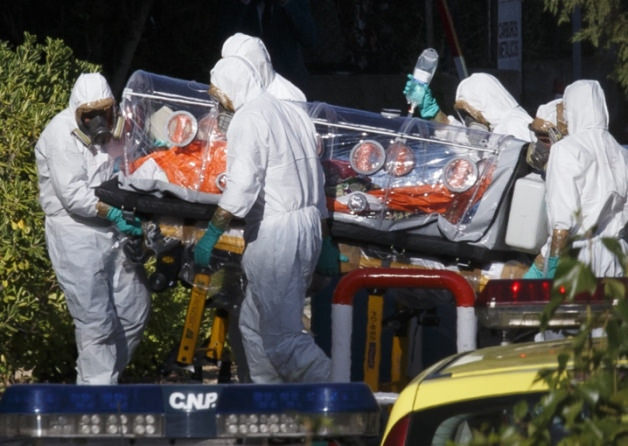 Spain confident of being declared ‘Ebola-free’

Teresa Romero, who became the first person to contract Ebola outside West Africa, is cured from the disease, after a 16-day battle for survival in Madrid's Carlos III hospital. Spain is now confident of being declared Ebola-free by December. But the crisis has also had political side-effects. EURACTIV Spain reports.
News

EU will fail to eliminate measles by 2010

A study published today (7 January) reveals that measles remain a serious public health concern in Europe, casting doubt over whether the EU can acheive its goal of eliminating the disease from within its borders by 2010.
News
Health 04-07-2003

On 3 July, Research Commissioner Philippe Busquin announced that 9 million euro will be allocated to SARS research under the Sixth Framework Programme for Research.
News
Health 21-05-2003

Speaking to the EP's Development Committee, U.S. Health Secretary Tommy G. Thompson warned on 20 May about possible death cases in Europe and the United States later this year.
News
Health 07-05-2003

EU Health Ministers discussed measures to be taken to control the SARS epidemic during their extraordinary meeting on 6 May.
News
Health 02-05-2003

Health ministers to meet on SARS; WHO Tobacco Control Treaty

EU Health Ministers are to discuss coordination measures needed to control the SARS epidemic as well as the adoption of WHO Framework Convention for Tobacco Control (FCTC) at an emergency Council meeting on 6 May.
News
Health 08-04-2003

The EU Communicable Diseases Network has an effective surveillance system in operation to monitor suspected SARS cases, said the EU Health Commissioner speaking in the European Parliament on 7 April. The Commission is to put forward a legislative proposal soon to set up a European Centre for Disease Prevention and Control to further enhance EU-wide surveillance and coordinate common responses.
RSS - communicable diseases