France's ruling party has called for a postponement of the 20 March elections in Congo, saying long-time leader Denis Sassou Nguessou was intimidating opponents and stifling democracy.

MEPs from the Committee on International Trade have rejected a set of binding regulations for certain minerals extracted in conflict zones, in favour of a less ambitious system of self-certification, which would exclude some minerals entirely. EURACTIV France reports.

EXCLUSIVE / European firms are set to be offered a voluntary self-certification scheme to prove that their products’ mineral components were not sold by warlords to fuel bloody conflicts, under a draft EU law that falls short of campaigners’ expectations.

The EU's trade chief will present a voluntary scheme in March aimed at stemming the import of minerals from conflict zones and prevent their use to finance war and strife, EU officials said on Wednesday (5 February).

A planned certification scheme to prevent warlords funding their militias by selling minerals to European firms has been delayed, EURACTIV has learned, and fears are growing for its future. 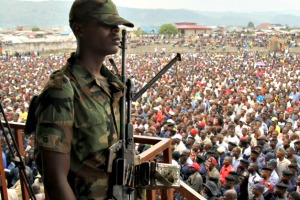 A European Court of Auditors report says that the effectiveness of the EU’s €1.9 billion aid to the Democratic Republic of Congo (DRC) between 2003 and 2011 has been sorely limited, with less than half of programmes likely to deliver the intended results. 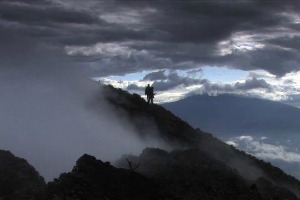 Africa’s oldest national park is in danger of environmental destruction because of mushrooming oil concessions that now cover some 85% of its territory, according to a new WWF report by the consultants Dalberg.
Development Policy 15-02-2013

Congolese rebels are plundering the country’s natural resources to finance guns and materiel, but the EU remains powerless to compel companies to disclose whether they are buying vital minerals supplied by armed groups in Congo and other conflict states.
Security 02-10-2006

The future of Kosovo is still a tricky issue - the Serbian parliament has overwhelmingly voted a new constitution to keep the province as a part of Serbia.
Elections 14-06-2006

The EU force will operate in an "unhealthy climate" as ethnic tensions rise prior to the first free Congolese elections in four decades.
Security 24-02-2006

Leading EU member states are reluctant to heed a United Nations request to send troops  to the Democratic Republic of Congo for the period of the elections: they are too stretched by commitments in other areas.
Security 13-06-2003

On 12 June, the EU launched its historic first military operation beyond the continent - in Congo.
Security 04-06-2003

The EU plans to send a 1,400-strong peacekeeping force to eastern Congo in June 2003 in what would be the union's first military operation outside Europe and independently from NATO.
Security 22-05-2003

The EU's foreign policy chief, Javier Solana, has asked EU countries to send peacekeeping troops to the Democratic Republic of Congo in response to a request by the United Nations.
RSS - Congo