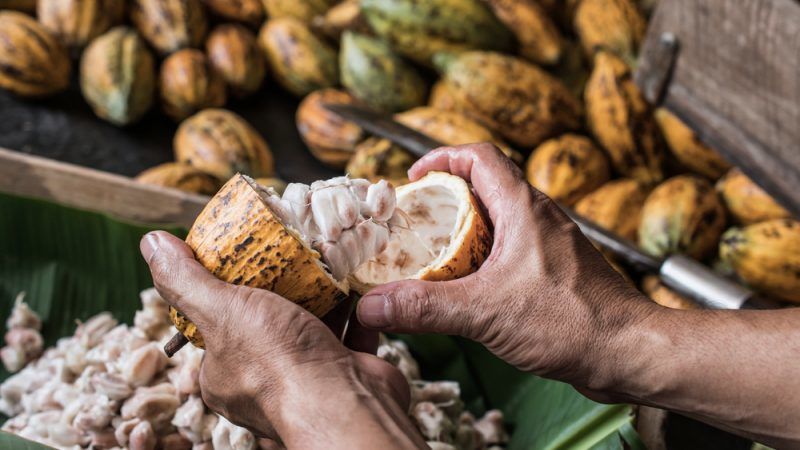 Chocolate companies still have “a huge amount of work to do” in implementing truly sustainable policies, with some doing much better than others, the Washington-based NGO Mighty Earth concluded in a consumer guide ranking chocolate producers, published a few days ahead of Easter.
News

The United Kingdom is a net importer of goods, both from the EU and the rest of the world. While post-Brexit Britain will remain an important export market for the EU-27, its isolation in Europe and loss of preferential access to the bloc’s trading partners could have dramatic consequences.
Video 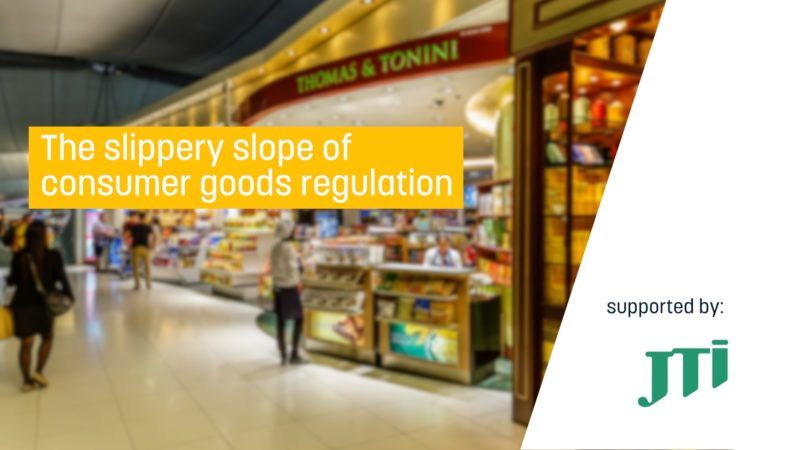 Over the past few years, a series of restrictions on fast-moving consumer goods (FMCG) have been imposed across the world, including in several European countries.
Policy Brief

The EU's new Consumer Rights Directive is designed to drag consumer rights legislation into the 21st Century by creating legal certainty for businesses and better protecting online shoppers in particular. But EU policymakers are currently at loggerheads over the scope of the draft law.
News

Major food and drink multinationals are packing variable quality products to be shipped to different European countries under the same name, alleges a survey conducted by the Slovak Association of Consumers. EURACTIV Slovakia reports.
News

Consumer groups have warned of missed opportunities in the EU's draft Consumer Rights Directive ahead of a crucial vote on the legislation in the European Parliament next week (1 February), which sees MEPs split over its direction.
News
Health 26-10-2010

Following a survey of 50 key markets for consumer goods and services, the European Commission has discovered that EU citizens have the least trust in meat and Internet service provision.
News

Record numbers of dangerous goods were removed from EU shelves last year, Health and Consumer Policy Commissioner John Dalli said yesterday (15 April), presenting the European Commission's annual report on product safety in Brussels. But consumer organisations said far too many dangerous products were slipping through the net and onto the market place.
News

Finding reliable information about products on the European market which currently contain nanomaterials is becoming increasingly difficult, according to high-level experts addressing a meeting of consumer groups from the EU and US.
News

Consumer groups have asked the Commission to "revise existing safety standards" to protect users of personal music players (PMPs), such as Apple's iPod, from the risk of hearing damage.
News

EU consumer groups are calling for transatlantic product standards legislation to be better enforced. But business representatives warn that regulatory cooperation is "not always very good" for industry.
News

The European Commission will present new legislation today (8 October) aimed at making it easier for consumers to shop on the Internet and on the high street alike. But the proposals received a lukewarm reception from consumer organisations for "falling short of expectations".
News

EU product safety standards are improving, according to Consumer Protection Commissioner Meglena Kuneva, who presented the results of a Commission survey yesterday (17 April). But consumer organisations say much more can be done to improve the effectiveness of EU surveillance systems.
News

The Commission has announced a number of in-depth sectoral investigations to track "competition killers" depriving consumers of choice and best prices. The first to go under Commission scrutiny are the retail banking and insurance industries.
News

Consumer Affairs Commissioner Meglena Kuneva will today (5 December) take part in an online chat with European citizens to discuss product safety, with toys a particular concern for consumers ahead of the Christmas period.
News

A new guidebook targeted at women has been launched to promote consumers' rights under the EU's chemicals regulation REACH.
News

Increasing EU co-operation with the US and China on toy safety is a priority, Commissioner for Consumer Protection Meglena Kuneva announced yesterday (22 November), presenting plans to strengthen product safety across the Union.
News

Commissioner for Consumer Protection Meglena Kuneva has launched a new toy safety campaign in her native Bulgaria ahead of the festive period.
News
Health 03-03-2006

The number of unsafe products identified in the EU rose sharply in 2005. More than half of the serious risk notifications concerned toys and electrical appliances.
News
Enlargement 11-05-2001

Three quarters of CEEC enterprises ready for enlargement by 2003