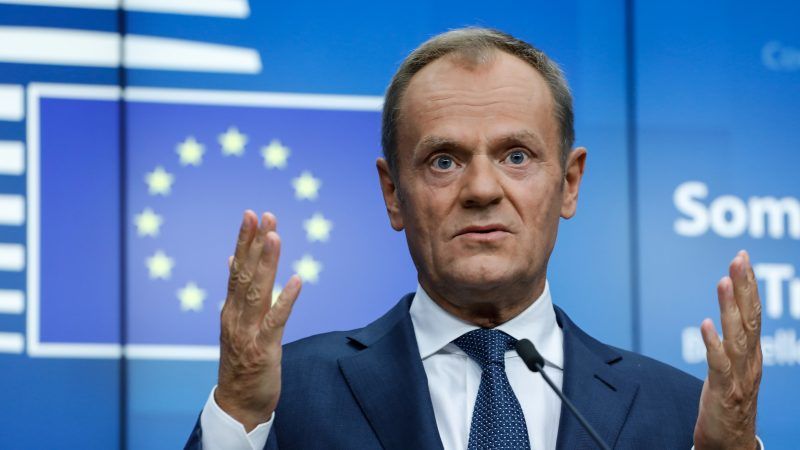 UK Prime Minister Theresa May on Thursday (27 April) accused the other 27 EU countries of lining up to oppose Britain over Brexit after Germany's Angela Merkel said the UK should have no "illusions" over the exit process.
Special ReportInterview

At today’s summit of heads of EU state and government, attempts to use the Prism scandal to reinforce the data protection debate are unlikely to be successful, according to Hosuk Lee-Makiyama. The political expert believes the data protection package will take a back seat to the telecoms single market proposal.
Special ReportOpinion
Future EU 26-06-2013

Four recommendations for the EU summit

EU leaders should emphasise that the best way to achieve competitiveness is innovation, education and excellence in energy efficiency. The European carbon trading system should be restored, the lower efficiency of innovation systems and universities in Europe relative to the US should be tackled, and Europe should lead in energy efficiency and alternative energies, writes Karl Aiginger.
Interview
EU Priorities 2020 08-02-2013

EU leaders displayed quiet resolve to agree a budget deal, with no talk of a veto, but now they must convince the European Parliament to approve the seven-year plan despite real cuts, Lithuania’s President Dalia Grybauskait? told EURACTIV at the margins of the summit.
News
EU Priorities 2020 22-11-2012

On the eve of an EU summit that could see further political isolation for the United Kingdom, officials made clear that Prime Minister David Cameron would not hesitate to use his veto to freeze the EU's 2014-2020 budget and to preserve the UK rebate.
News
Euro & Finance 23-05-2012

The informal “summit for growth” to take place today will discuss several controversial options for injecting confidence into financial markets, including a call for Eurobonds that is likely to divide member states.
News

The UK prime minister has led a nine-country coalition of member states seeking assurances that single market and enterprise reform will not be sidelined by eurozone issues at a Brussels summit later this week.
News
Innovation & Industry 08-02-2011

A summit with little innovation

Protests in Egypt, another Franco-German power play, bold energy plans, and then, finally, innovation. As political leaders gave their parting remarks after their summit on 4 February, barely a word was said about innovation.
RSS - council summit