Years of inaction on climate change have significantly held back the world’s economic growth, according to the secretary general of the OECD. But fossil fuel subsidies are still commonplace, Angel Gurría told EURACTIV partner La Tribune.
News

Financial transactions using shares, or other assets, to secure credit, will come under greater scrutiny after the European Parliament approved a new law on Thursday (29 October) on the 'shadow banking' sector.
Special ReportNews 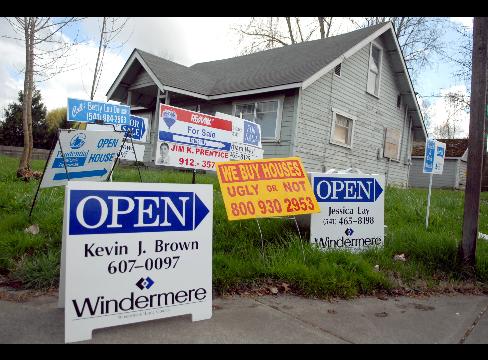 A spat in the European parliament over how much protection should be afforded to consumers buying mortgages reflects ongoing tensions between the right to invest in property and the need to curb the type of easy credit at the origin of the 2008 financial crisis.
News

Europe may be slowly emerging from the deepest recession in decades but businesses continue to struggle to access finance. EURACTIV's network asks whether the credit crunch is ending and what governments across the EU are doing to help.
News

The European Investment Bank (EIB) has put around 1,000 large companies on its 'watch list' of loans at risk of going sour. A number of corporate borrowers have seen their credit ratings drop in recent months, putting millions of euro in jeopardy.
News

As the threat of sovereign debt default looms over Greece, the turmoil engulfing the euro zone is exacerbating the ongoing credit crunch for companies, according to BusinessEurope, a Brussels-based EU industry federation.
News
Innovation & Industry 01-02-2010

Businesses across Europe are facing an ongoing cash crisis, according to the European Central Bank (ECB). A new ECB study shows access to credit continues to slow the economic recovery but banks foresee easing of credit standards for homebuyers this year.
News

A new government agency will be established to ensure major Irish banks lend to small firms, in an effort to reboot business activity. The move comes as part of a tough budget, seen by observers as a step towards stabilising the Irish economy.
News

Companies are finding it difficult to get loans for eco-innovation projects because banks lack the technological knowledge to approve them, according to European businesses.
News

It should now be easier for enterprises, households and consumers to access funding, as fewer eurozone banks reported a tightening of credit standards in the third quarter of 2009, according to a bank lending survey carried out by the European Central Bank (ECB). However demand for loans by firms continued to decline, the survey found.
News

Three billion euros' worth of EU cartel fines could fill a growing credit gap for small and medium-sized enterprises, according to a proposal made by Christopher Leitl, president of the Austrian SME union, to the European Commission.
News

The European Commission is discussing harmonisation of national rules governing access to mortgages after the financial crisis exposed the excessive risks taken by credit institutions in the housing market. The downside of the possible measures, however, is that they widen the gap between the 'haves' and 'have nots'.
News

The European Investment Bank (EIB) launched a lending facility for SMEs in the EU's eastern neighbours, EIB President Philippe Maystadt announced on 30 September. Until now, the bank has only been able to provide such loans within the EU.
News

EIB ‘will not play the role’ of commercial banks

The European Investment Bank (EIB) may be dolling out billions of euros in loans to small businesses, but it has no intention of behaving like a commercial bank, Philippe de Fontaine Vive, EIB vice-president, told EURACTIV France in an interview.
News
Brexit 30-09-2009

Europe's new enterprise commissioner will need a "strong personality" to fight for small business, according to Christophe Leitl, honorary president of Eurochambres, who warned that SMEs should not be left behind when the financial crisis is over.
News

A third of small or mid-sized eurozone firms have been finding it harder to get loans since the start of the year, a new report from the European Central Bank and European Commission showed on Monday.
Interview

Europe should temporarily relax capital requirements for banks to ease lending activities and prevent a new fall after the recovery, Rodrigo Peduzzi, a top official at Italian industrial federation Confindustria, told EURACTIV in an interview.
News

Europe should temporarily relax capital requirements for banks to ease lending activities and prevent a new fall after the recovery, Rodrigo Peduzzi, a top official at Italian industrial federation Confindustria, told EURACTIV in an interview.
News

Trust in the European economy is growing steadily among firms and consumers, according to the European Commission. However, new data from the European Central Bank (ECB) show that loans to the private sector are growing more slowly.
News

The European Central Bank's quarterly survey of bank lending, to be published tomorrow (29 July), will show that credit conditions are stabilising. But this assessment is at odds with complaints by businesses that bank credit is hard to get.
News

Small French companies are struggling to get loans despite the billions of stimulus pumped into banks and many may fail this year for want of sums of less than €10,000, the leading small business union said on Tuesday (21 July).
News

Mixed picture for European firms as credit crisis drags on

Companies in some European countries are beginning to see chinks of light but many others have been forced to lay off workers, sell assets and cut investments. EURACTIV's network provides a snapshot of the situation across Europe.
News
Brexit 15-07-2009