It is only through repression and fear that occupying regimes can stay in power, Crimean Tatar leader, and former Soviet dissident Mustafa Dzhemilew, told Euractiv Poland.

Economy minister: Every single judge in Ukraine is corrupt

First and foremost, Ukraine needs a rule of law, so judicial reforms need to be passed. Everybody knows that every single judge in Ukraine is corrupt, and most of them need to be changed, Aivaras Abromavicius, Minister of Economic Development and Trade of Ukraine, told EURACTIV in an exclusive interview.

Ukraine finance minister: We paid the West more than we received

Ukraine is a good payer: in the course of 2014 it has received almost 9 billion dollars of credit from the EU and its international partners, the IMF and the USA. However, the country has paid out about 14 billion dollars in debt repayments to honour its commitments, and it needs more help, Natalie Jaresko, Minister of Finance of Ukraine, told EURACTIV in an exclusive interview.

Deshchytsia: Russia’s goal is to control the Ukrainian government

The main goal of Russia is to control Ukraine and its government, which means Moscow wants to be able to change the Ukrainian government, Acting Minister of Foreign Affairs of Ukraine Andriy Deshchytsia told EURACTIV Czech Republic in an interview.

Swoboda: We don’t want an economic war with Russia

Europeans need jobs. A trade war would harm EU economies, some of them more seriously than others, Hannes Swoboda, leader of the Socialists and Democrats, told EURACTIV during the EU summit today (20 March), adding that the European centre-left is ”realistic”.

There is almost nothing left that can stop Russian annexation of Crimea. 'The train has left the station', says Günter Verheugen. Still, the former Enlargement Commissioner calls for dialogue and warns against escalation and an economic war.

EU leaders meeting today (20 March) need to adopt more decisive sanctions against Moscow, because the Russian authorities clearly show they are unimpressed by "the very shy sanctions adopted so far, which do not produce any kind of result", the Ukrainian ambassador to the EU Kostiantyn Yelisieiev told EURACTIV in an exclusive interview.

Expert: EU and NATO should elevate their cooperation

In response to the Crimea crisis, the European Union should adopt an immediate ban on arms exports to Russia, including stopping France's sale of two amphibious assault ships to Russia, and elevate EU-NATO cooperation to a new level, Roland Freudenstein told EURACTIV Poland in an exclusive interview.

Moldovan Deputy Prime Minister, Natalia Gherman, argues that giving an EU membership perspective to Eastern Partnership countries "is a matter of urgent necessity” and calls for dialogue with the Russian Federation.

Russia’s “brothers” in Crimea, but also in Ukraine's mainland, fear for their lives, as ultra-extremists and fascists in Ukraine are marching with torches and erecting gallows for Russians and Jews, Sergey Zheleznyak, Deputy Chairman of the State Duma, told EURACTIV in an exclusive interview. 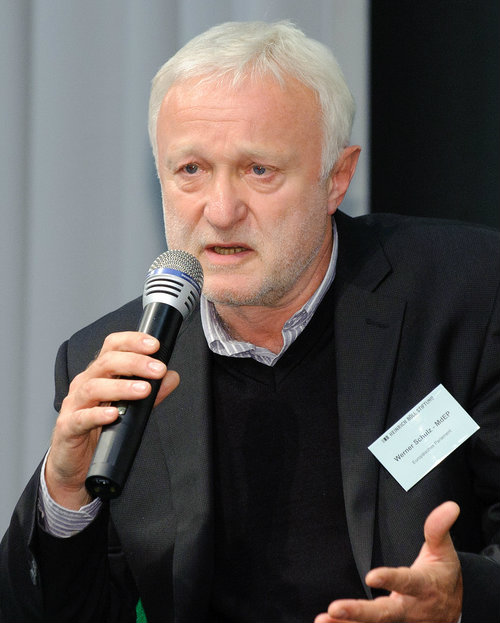 Green MEP: ‘Putin is a criminal’

Vladimir Putin is a criminal, a warmonger, unscrupulous and ice cold, says Green MEP Werner Schulz, calling on the EU to give the Russian president "political acupuncture" to defuse the situation in Ukraine.

EXCLUSIVE / If the West decides to sanction Russia by boycotting the G8 summit in Sochi, this gathering of the world’s major players will not become a G7, but will simply disappear, and Russia will not see it as a blow, because it considers Ukraine as more important than G8, Vladimir Chizhov, Russia’s ambassador to the EU, told EURACTIV in an exclusive interview.
RSS - Crimea