In an unprecedented move, political group leaders in the European Parliament have decided to suspend negotiations with EU member states on five major justice and home affairs dossiers in protest against their decision to unilaterally rewrite rules related to the EU's boder-free Schengen area.
Opinion
Climate change 04-06-2012

Denmark’s balancing act on the issue of whaling

When holding the EU Presidency, a country is expected to conduct itself in a transparent manner, coordinating and seeking common ground. But in 2012, Denmark has once again opposed a pro-conservation EU position on whaling, and without appropriately consulting other EU members it has applied for a renewed increase in whaling quotas for Greenland, says Chris Butler-Stroud.
News

Danes running out of time as EU patent blocked

Danish diplomats are prepared to consider “all options” to resolve the location of a European patent court before the June EU summit, but are losing confidence that the issue can be agreed before the end of their presidency.
Special ReportOpinion
Energy 24-05-2012

Energy efficiency: a clear path to a green future

From an industry perspective, it is difficult to understand the widespread reluctance in Europe to adopt the Energy Efficiency Directive that can generate thousands of jobs and save private households millions of euros, says Lars Clausen.
News

The Energy Efficiency Directive is likely to become reality under the Danish EU Presidency, which ends on 1 July, according to a European Commission official who has drafted the bill. The announcement came amid warnings from green campaigners, who say the amended text is too weak.
Opinion
Energy 08-05-2012

Denmark must show leadership to save the Energy Efficiency Directive

As the European institutions enter another round of negotiations for on energy efficiency, the Danish Presidency needs to push harder to live up to its promise for an ambitious directive to reduce the European Union's energy use, argues a coalition of European multinational firms, politicians and campaigners.
News

The draft energy efficiency directive, initially billed as the most important energy savings law to date, is being held back by the "vested interests" of large energy companies with very close ties to member states, EU sources have said.
VideoPromoted content
Economy & Jobs 02-05-2012

European Finance Ministers on Wednesday met in Brussels to agree on new capital requirement rules for banks. The new law affects over 8000 banks across Europe. It aims to give them more flexibility to protect themselves against future financial crisis. The Danish presidency hopes to reach a deal on the new capital rules among EU member states before the summer. Their proposal would allow national regulators to ask for a 3% increase of capital without permission from the European Commission. Anything above that would still have to get the green light from Brussels.
News
Energy 23-04-2012

The European Commission and the Danish EU presidency said the Energy Efficiency Directive could "realistically" come together in the next couple of months, despite member states' consistent watering down of the proposal.
News

Member states have watered down the draft Energy Efficiency Directive so much that only 38% of the initial savings proposed by the European Commission can now be achieved, according to a “non-paper” by the EU Executive seen by EURACTIV.
Opinion
Transport 13-04-2012

On track towards a common European signalling system 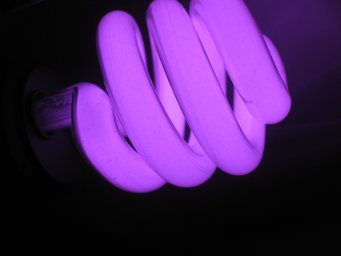 Danish Climate and Energy Minister Martin Lidegaard has called for European unity ahead of what he expects to be a turbulent Environment Council today (9 March).
News
Agrifood 09-03-2012

EU ministers are unlikely to agree draft rules to let countries decide themselves whether to grow or ban genetically modified (GM) crops, despite efforts by Denmark's EU presidency to reach a compromise.
News

Biotech companies should agree not to market genetically modified (GM) crops in member states wishing to ban their cultivation before seeking EU approval for their products, a draft Danish proposal shows.
Special ReportInterview

Danish Environment Minister Ida Auken has an ambitious agenda for her country's EU presidency, including global leadership on sustainable development. The Socialist politician says she sees no conflict between environmental regulation and spurring economic growth in Europe.
News
Sustainable Development 26-01-2012

EU sees thirsty China as a partner at Rio

As Denmark officially inaugurated its EU presidency today (12 January) with green jobs high on its priority list, Danish company Vestas, the world leader in the wind turbine industry, announced it would cut over 2,000 jobs by the end of the year.
News

Financing aspects are dominating ongoing talks on the energy efficiency directive, but member states are keeping their hands firmly on their wallets, EURACTIV has learned.
News
Public Affairs 10-01-2012

Denmark has set aside only €35 million for its EU presidency, a fraction of what other countries have spent for their term of duty. Despite the low cost, the country promises an efficient and competent presidency, its European Affairs Minister Nicolai Wammen told journalists in Copenhagen yesterday (9 January).
News

The European Parliament's environment committee has thrown its weight behind binding energy efficiency targets for member states in a vote held yesterday (20 December). However, there it little chance that these will survive in later versions of the draft energy efficiency directive, EURACTIV was told.
News
Sustainable Development 20-12-2011

The incoming Danish EU presidency made it plain on Friday (16 December) that it would take a back-seat role in negotiations over the intergovernmental treaty decided by EU leaders at their 8-9 December summit.
Read more »»
RSS - Danish EU presidency