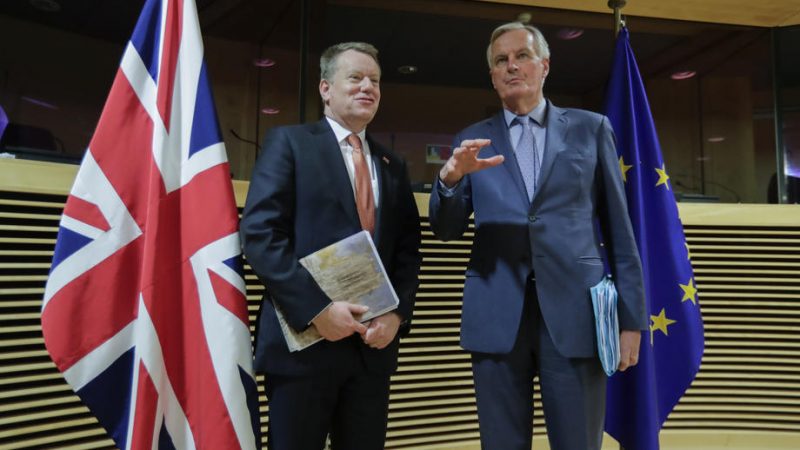 Boris Johnson on Wednesday (17 February) drafted his chief Brexit negotiator David Frost as a senior minister in his cabinet with a portfolio as Brexit enforcer.
News 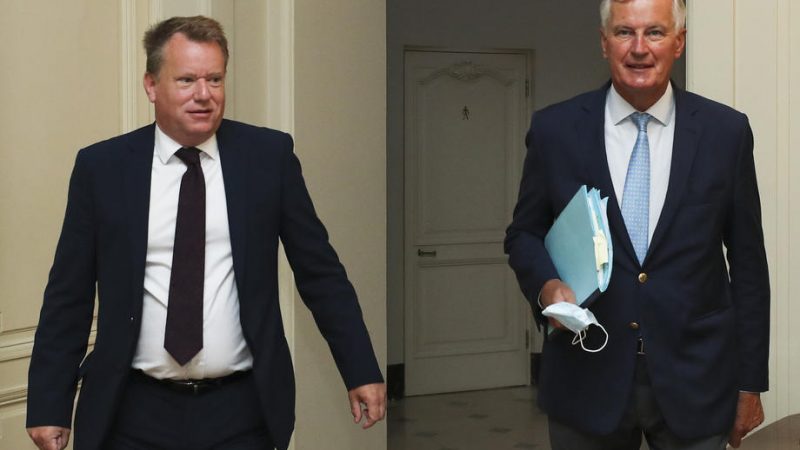 Talks on an EU-UK trade deal will go down to the wire, and to the top, after the two chief negotiators in the talks called in their political masters on Friday (4 December) to decide on whether an agreement can be reached.
News

EU chief negotiator Michel Barnier travelled to London on Friday (27 November) for face-to-face talks with UK counterpart David Frost with trade talks still deadlocked and both sides once again arguing that the other must compromise in order to reach an agreement.
News 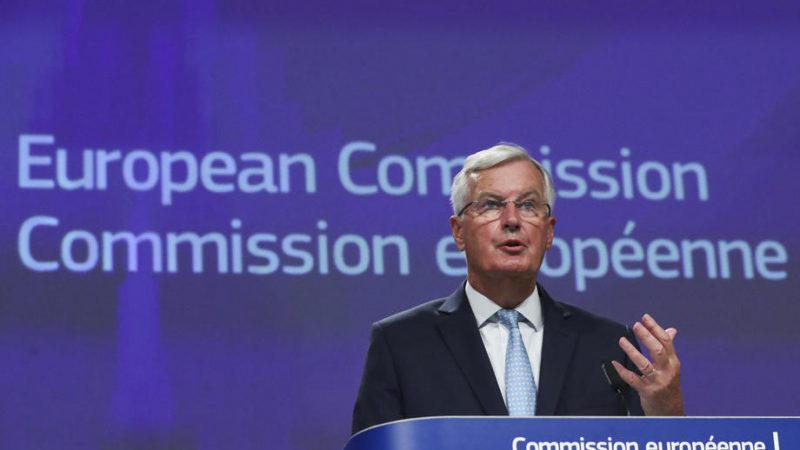 EU hopes for tangible progress in Brexit talks by June

The European Union's chief Brexit negotiator said after the first day of renewed talks with Britain that the bloc is aiming for "tangible progress" by June on the shape of a new relationship before London severs its ties with the bloc at the end of the year.
News

Britain will develop its own system for regulating state aid and controlling subsidies after its post-Brexit transition period is over, London's negotiator for the long-term relationship with the European Union said on Monday (17 February).
RSS - David Frost