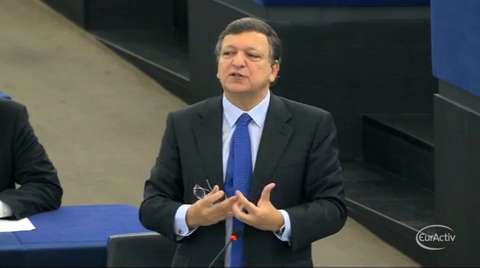 Barroso warns MEPs EU is running out of cash

Only hours before EU leaders are due to meet in Brussels, President of the European Commission Jose Manuel Barroso called on MEPs and European governments to reach a deal on the 2013 EU budget. During a plenary session in Strasbourg on Wednesday, Barroso warned that he EU's executive is running out of money and might not be able to pays its bills as from mid-November. According to the Commission, the current shortfall is due to unexpected low income from European imports duties.
Promoted content

Brussels has warned Portugal to stick to the bailout austerity measures agreed in 2011 or risk losing further financial hep. The warning came following a decision by the Portuguese constitutional court to reject a set of unpopular public spending cuts aimed at reducing the country's deficit. In a televised speech on Sunday, Portugal's prime minister Pedro Passos Coelho described the country's economic situation as a 'national emergency' and pled to follow the terms agreed with international lenders.
Promoted content
Economic governance 15-03-2012

The economic and financial crisis has revealed a number of weaknesses in the economic governance of the EU's economic and monetary union. The EU and its Member States have taken a series of important decisions that will mean stronger• economic and budgetary coordination for the EU as a whole and for the euro area in particular. Thus, in May 2011, the Member States agreed to establish a rescue mechanism worth €750 billion to protect the euro from collapsing under the weight of accumulated debt.
RSS - deficit