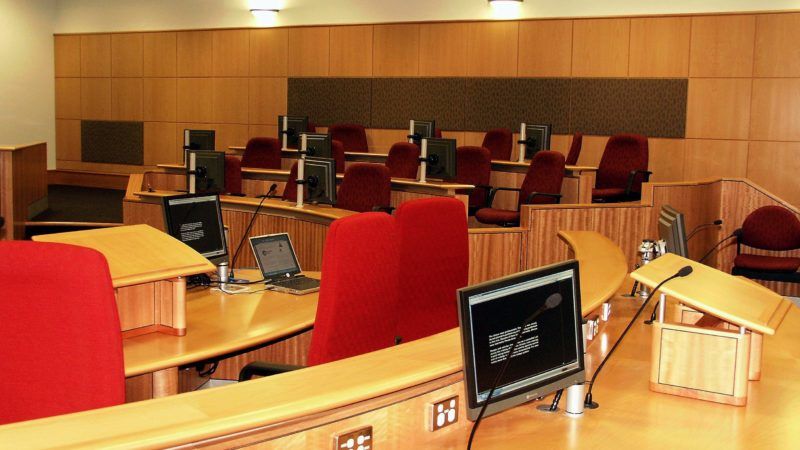 English courts should continue to rule on disputes over cross-border derivatives contracts after Brexit to avoid clogging up a $483 trillion global market, a trade body said on Monday (21 August).
News

The EU fired a fresh salvo at the UK on Thursday (4 May), proposing fresh rules that would require a huge slice of London's banking business to leave the UK after Brexit.
News

The European Commission has adopted a proposal on financial market infrastructure that aims to manage the risk of one or more parties defaulting on transactions, in an attempt to learn from lessons provided by the global financial crisis. EURACTIV’s partner Milano Finanza reports.
News

The European Union and the United States agreed yesterday (10 February) to accept each other's derivatives rules in a long-awaited step to avoid splitting the $550 trillion market.
News

Since the financial crisis, 25 repositories have begun listing so-called over-the-counter derivatives trades, securities transactions which are not carried out on stock exchanges. But the number of such warehouses is beginning to work against transparency and effective risk avoidance, according to Larry Thompson.
News

EU and US industry and regulatory figures have warned that the number and nature of repositories listing over-the-counter (OTC) derivatives trades is threatening to blind regulators to market risk.
News

MEPs insist banks should finance their own rescue fund

The European Union must shift more of the cost of a new rescue fund for banks onto the region's biggest lenders, lawmakers told the outgoing commissioner for Internal Market and Services Michel Barnier yesterday (22 September).
News

New rules coming into force in Europe this week to shine more light on the $700 trillion (€513 trillion) derivatives markets will take years to produce a clearer picture of these complex products which were at the heart of the financial crisis.
News

Ambitious plans for an EU-US free-trade agreement may be put in jeopardy by Washington's failure to finalise a deal coordinating rules in the €460 trillion derivatives market, the EU's financial markets chief has warned.
News

European Union diplomats and the European Parliament agreed yesterday (9 February) to overhaul regulation of the multi-trillion euro derivatives market, a move that will make it easier to control one of the most opaque areas of finance.
News

EU countries broke a deadlock in talks to crack down on the derivatives market, as France and Britain resolved a turf war over how much say a pan-European watchdog can have over national markets, diplomatic sources said.
News

Britain backs down on derivatives rules

British chancellor George Osborne backed down on one of his key demands that all derivatives trading be immediately covered by new EU rules but won some smaller concessions on controlling a market once described as the "Wild West".
News

The UK government has found itself isolated in its opposition to draft EU derivatives rules as finance ministers are expected to express their "unanimous" backing to the European Commission's proposal on Tuesday (4 October).
News

The European Central Bank was caught by surprise last night after learning that the UK government was taking legal action against the bank's rules for clearing houses, which may rule out non-eurozone countries from overseeing trades.
News

Widely traded derivatives would have to be transacted on an electronic platform to improve transparency and safety, draft European Union rules showed on Monday (5 September).
News

European Union rules to tighten derivatives regulations won't be agreed until at least the early autumn, as a global crackdown on the opaque sector faces delays on both sides of the Atlantic.
News
Agrifood 15-06-2011

French President Nicolas Sarkozy yesterday (14 June) called for tighter controls on the speculators he blames for spiralling food and energy prices, spelling out reforms that would put more trading under the thumb of regulators.
News

The European Union is moving closer to a deal on its derivatives crackdown that could risk confrontation with the US, which has warned it is straying from an agreed global approach.
News

The European Parliament's economic affairs committee has voted overwhelmingly in favour of a draft law to standardise derivatives so they can be moved through central clearing houses to reduce risk and improve transparency.
News

In a last ditch effort, France has managed to beef up an EU proposal on commodities and raw materials which tries to make a link between speculation in financial markets and volatile commodity markets, EURACTIV has learned.
News

An array of new European financial supervisory bodies designed to monitor and avert future economic crises on the continent have opened their doors for business.
Read more »»
RSS - derivatives