Ukraine and Russia-backed separatists in the country's war-torn east exchanged 200 prisoners on Sunday, swapping detained fighters for civilians and servicemen held captive in some cases for years in two breakaway regions.

Thousands of people gathered in the center of Kyiv on Sunday (8 December) to send a message to Ukraine’s president, who meets his Russian counterpart on Monday,  that Ukrainians will not accept a peace deal at the cost of the country’s independence and sovereignty.

Ukraine's army and Kremlin-backed separatists are set Friday (8 November) to complete the last phase of a troop pullback in the war-torn east in a key step towards a high-stakes summit with Russia. 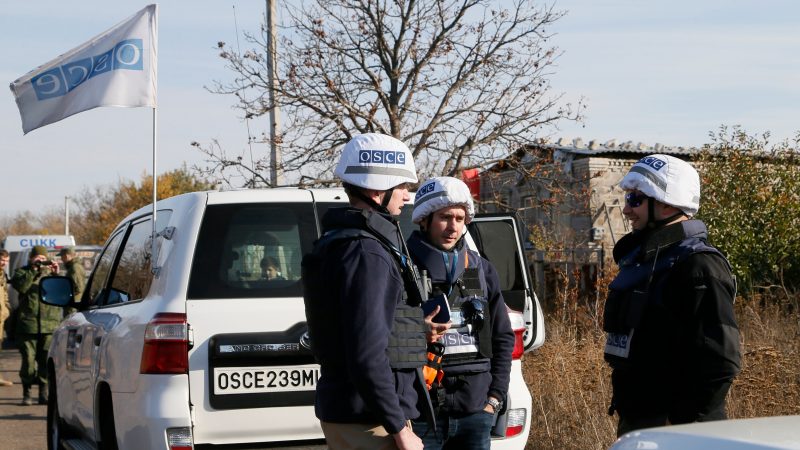 Thousands of people gathered in Kyiv's main square on Sunday (6 October) to protest against President Volodymyr Zelenskiy's deal with Moscow to grant autonomy to Ukraine's pro-Russian rebel-held east as part of efforts to end a five-year conflict there.

Ukraine's President Volodymyr Zelenskiy said on Thursday (3 October) that Ukrainian candidates should take part in an election that is expected to be held in the east of the country, currently controlled by pro-Russian rebels.

Lithuania is working with the European Union to establish a common policy not to recognise Russian passports issued in east Ukraine, currently controlled by Moscow-backed separatists, Vilnius said Tuesday (6 August).

Germany and France voiced cautious optimism Monday that Russia and Ukraine will take steps to revive the long-stalled peace process in the smouldering Ukraine war that has claimed 10,000 lives.
RSS - Donbas