COP18 marked a time of transition, not a failing of political will

The outcome of the Doha Climate Summit disappointed observers and activists alike, but it was in fact another step towards creating the enabling conditions for civilisational change and moves to addressing global injustice, argues Bo Kjellén.
Special ReportOpinion
Climate change 18-05-2012

Every country in the world should each make a commitment to introduce a carbon price aligned with a scientifically-validated international standard, say Stéphane Dion and Éloi Laurent.
News

The EU is considering the deployment of carbon allowance revenues from international airlines to fund climate aid to the poorest countries, under a planned $100 billion-a-year global relief fund.
News
Development Policy 23-01-2012

An increase in the EU’s carbon emissions reduction target to 30% on 1990 levels within eight years is ‘very fundamental’ to the developing world’s interests, said the European chair of the G77 group of developing nations.
Opinion
Climate change 02-01-2012

Europe is uniquely well-positioned to lead the world in reducing carbon emissions, argue Shin-pei Tsay and Deborah Gordon of the Carnegie Endowment for International Peace. They outline four major ways this could be achieved.
News
Development Policy 13-12-2011

As negotiators and campaigners flew home from the UN climate change summit in Durban, a battle was brewing over the meaning of the hard-fought text that they had signed up to.
News
Development Policy 12-12-2011

Climate negotiators agreed a pact on Sunday (11 December) that would for the first time force all the biggest polluters to take action on greenhouse gas emissions, but critics said the action plan was not aggressive enough to slow the pace of global warming.
News
Development Policy 08-12-2011

As negotiators haggle over a climate deal in Durban, the European Commission has adopted proposals to ring-fence one-fifth of its €70 billion external finance budget for climate finance in the 2014-2020 period.
Opinion
Climate change 29-11-2011

Durban: One climate, one goal?

Negotiators in Durban must put aside their national interests and come up with common targets on emission cuts and climate funding within the spirit of solidarity in order to achieve a climate breakthrough, argues Roeland Scholtalbers.
News 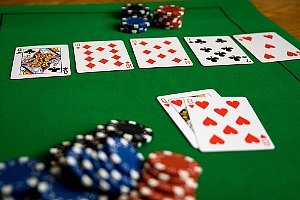 European finance ministers have reiterated a commitment to providing international climate finance, but are keeping their money cards close to the chest in the run up to the United Nation's climate change conference in Durban later this year.
News

The EU could propose a lifeline for the beleaguered Kyoto Protocol and secure the future of the Clean Development Mechanism (CDM) beyond 2012, government negotiators and observers have told Point Carbon news.
News

UN talks have run out of time to meet a December 2012 deadline to put in place a binding successor to the Kyoto Protocol on curbing greenhouse gases, the UN's top climate official said on Monday (6 June).
Interview

A new paradigm shift for sustainable and equitable clean growth is needed, according to Achim Steiner, the head of the United Nations Environment Programme (UNEP), and governments can start by intervening to end fossil fuel subsidies.
RSS - Durban summit