In an exclusive interview, a high official of Azerbaijan pointed at mafia-type relations between the unrecognized authorities of Nagorno-Karabakh and the government in Armenia as an obstacle for solving the long-lasting conflict. Hikmat Hajiev, head of the foreign affairs department...

The European Commission’s recently presented objectives for the Eastern Partnership (EaP) post-2020 were strong on content but "very clearly weak on political signalling," the head of Georgia's mission to the EU told EURACTIV in an interview.

EXCLUSIVE / Croatia, which starts its first EU presidency stint in January, is "not quite happy" with Finland's proposal for the EU's seven-year budget and will seek to amend the proposal in order to preserve funding for Cohesion and the Common Agricultural Policy, the country's Foreign Minister Gordan Grlić Radman told EURACTIV.

The Prime Minister of Moldova Pavel Filip told EURACTIV.com in an exclusive interview that there are good prospects for finding a solution to the Transnistria conflict, one of the post-Soviet frozen conflicts which have caused enormous harm to the region's populations.

In a wide-ranging interview on Wednesday (22 November), Russia’s ambassador to the EU discussed Syria and other conflicts, the upcoming Eastern Partnership Summit, his country's relations with Turkey and Bulgaria's Presidency of the Council of the EU.
Special Report

Moldovan Deputy Prime Minister, Natalia Gherman, argues that giving an EU membership perspective to Eastern Partnership countries "is a matter of urgent necessity” and calls for dialogue with the Russian Federation.
Global Europe 29-11-2013 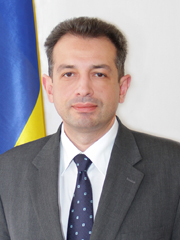 Top diplomat: No plan b for EU-Ukraine agreement

Ukraine will sign an association agreement with the EU at the end of November, and is ready to make significant changes to its domestic legislation by introducing an anti-discrimination law aimed at protecting the gay and lesbian community, the country's deputy foreign minister, Andrii Olefirov, told EURACTIV in an interview.

Minister: Moldova is the frontrunner for visa liberalisation

Moldova expects to become the frontrunner of the EU's Eastern partner states vying for visa liberalisation with the 28-country bloc, if it signs its mooted association agreement at a 28-29 November summit in Vilnius, Moldova’s Foreign and European Integration Minister Natalia Gherman told EURACTIV Slovakia in an exclusive interview.
Armenia 19-09-2013

If the authorities in Kyiv release Yulia Tymosenko and the country’s parliament continues to deliver on reform, Brussels should be ready not only to sing through the EU-Ukraine association agreement, but Ukrainians must make sure that they deliver after receiving this “privileged treatment”, MEP Jacek Saryusz-Wolski told EURACTIV in an interview.
Europe's East 14-02-2013

Tamar Beruchachvili, Georgia's deputy state minister of European and Euro-Atlantic Integration, told EURACTIV that the country’s new policy towards Russia “would certainly not jeopardise relations with the EU”.

Georgia remains committed to joining the European Union, said President Mikheil Saakashvili in an exclusive interview with EURACTIV Poland. In a conciliatory gesture towards Moscow, the Georgian leader argued that closer ties between his country and the EU could also pave the way for more integration between Russia and the 27-nation bloc.
Special Report
Med & South 15-12-2010

To illustrate the changes in Ukraine under its new leadership, the country's foreign minister, Kostyantyn Gryshchenko, referred to three bridges in Kyiv, the construction of which had been stagnating for the past five years. Now people can see that they are actually being built, he told EURACTIV in an exclusive interview.
Med & South 11-05-2010