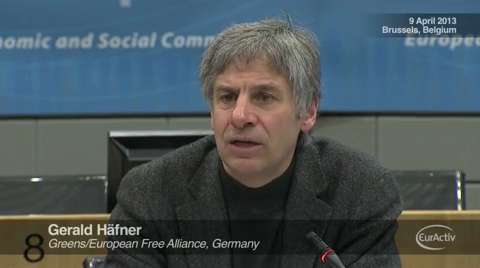 The European Citizens’ Initiative is struggling to gain momentum a year after being launched, bogged down by technical and bureaucratic hurdles that have prevented a single petition from meeting all the requirements, civic activists say.
Promoted content
Future EU 29-03-2012

The European Commission is gearing up to launch an ambitious plan that seeks to make the European Union more democratic. From the 1st of April, any citizen of a member state of the EU can introduce an initiative to get his or her idea turned into EU law. To make that happen, they need one million signatures from at least seven countries. This European Citizens' Initiative enables citizens to participate more actively in Europe's democratic life. ?Brussels hopes the ECI will boost transparency and increases the quality of European democracy.
RSS - ECI