The circular economy, including new waste and recycling laws, will represent "half" of the EU's effort to achieve net-zero carbon emissions by 2050, and will be erected as "the number one priority" of the upcoming European Green Deal, officials have said.

Consumer organisations have applauded an EU proposal to restore the familiar A-G energy labelling scale for goods like fridges, TV screens, and washing machines, saying the current ‘A+’ system is confusing for shoppers.
Special Report

Researchers at the Öko-Institut and the University of Bonn found that consumers were replacing their fridges, flatscreen TVs and notebooks more and more frequently. But how much of that is down to "built-in obsolescence" is still unclear.

The sale of energy-wasting ovens and cooking hobs will be banned across the European Union after the latest set of rules to make household appliances more efficient takes effect on Friday, (20 February).
Special Report

When word of an EU ban on high-power vacuum cleaners hit Eurosceptic British tabloids in August, "Hoovergate" brought home a dilemma for the bloc that goes well beyond house-proud devotees of deep-pile English carpet.

A comprehensive review of EU energy labelling and Ecodesign measures has called for an overhaul of confusing energy label classes, and tougher market surveillance of eco-cheats, backed up by robust penalties.

The European Commission has succumbed to heavy lobbying from the electric heating industry and is set to approve an energy labelling scheme that misrepresents its appliances' true efficiency performance, according to environmental and consumers groups.

A below-the-radar vote in an obscure EU committee to set new efficiency standards for central heating boilers has sealed energy savings that could equal 10% of Europe’s energy consumption by 2020, green groups say. 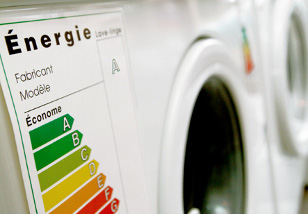 Electronics giants Electrolux, Philips and the Bosch-Siemens-Home Appliances Group said yesterday (June 21) that the European Commission must speed up the ecodesign legislation to help businesses and consumers save billions of euros through more efficient products.
Sustainable Development 21-05-2012

The European Commissions' promising eco-design directive is struggling to gain traction because of staff shortages, undermining efforts to set energy-efficiency standards for products, said one expert who monitors the legislation.
RSS - ecodesign directive