Poland's ruling party has a peculiar stance when it comes to nature conservation, a clear example of this is the felling of the Białowieża Forest. The recent killings of protected seals along the country's shore have been completely ignored by the party, which believes that ecology is a notion created by the left. EURACTIV's partner Gazeta Wyborcza reports.
Interview

The number of oil refineries in Europe is likely to decrease but those that remain will be truly competitive, highly technological and highly efficient, Ilshat Sharafutdinov told EURACTIV in an interview.
Special ReportInterview

In a wide-ranging interview, Galymzhan Koisybayev, deputy minister of foreign affairs of Kazakhstan, told EURACTIV about the results of a recent summit of the Central Asian states (Kazakhstan, Uzbekistan, Tajikistan, Turkmenistan, Kyrgyzstan) and the past and the future of regional cooperation.
Special ReportNews

SPECIAL REPORT / The partnership between the Belgian town of Edegem, and the Peruvian municipality of San Jeronimo has been so successful that many other localities in the Latin American country come to visit and study the project that composts organic waste and uses it for agriculture.
News

Agriculture and forestry are responsible for 24% of greenhouse gas emissions, but could be turned into powerful allies in the fight against global warming, according to a new study. EURACTIV France reports.
Opinion

The promised launch of the Communication on Sustainable Food by the European Commission, initially planned for 2013, has once again been postponed. This is a significant set back for the much-needed reevaluation of Europe’s food system, write a group of NGOs.
News

Airborne emissions still pose a threat to the EU’s plant and animal life but policies have contributed to reducing pollution over the past few decades, according to the European Environment Agency.
Opinion 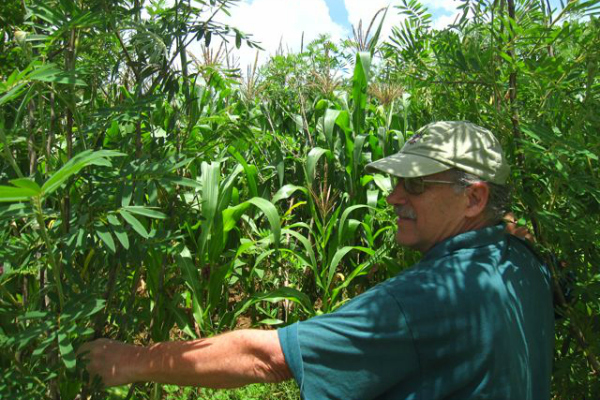 As the EU continues work and investment in the conflict-stricken Mali, supporting locally-evolved and adapted solutions can help solve one of the sources of violence, food insecurity, writes Roland Bunch.
Interview

The European institutions need to break out of their “formalist” approach to governance, instead facilitating diversity and collective learning, if they wish to gain the trust of citizens and build sustainable societies, argues Olivier de Schutter, the winner of last year’s Francqui Prize, one of Belgium’s most prestigious science awards.
Special ReportNews

Following its failure to deliver on ambitious plans for the Rio+20 conference, Europe must redouble its climate commitments and be a more pragmatic world leader, say three MEPs involved in shaping environmental legislation.
News

Sea ice in the Arctic is disappearing at a far greater rate than previously expected, according to data from the first purpose-built satellite launched to study the thickness of the Earth's polar caps.
News

Europe’s demand for energy, fuels and food are placing a global strain on water and other natural resources that could have particularly devastating consequences for developing nations, warns a report published today (3 November) by a conservation organisation.
RSS - ecology