Social policy indicators such as unemployment could soon form part of the European Commission’s regular monitoring of EU countries’ economic and budgetary imbalances under plans floated by Brussels today to deepen the social dimension of the Economic and Monetary Union (EMU).
Promoted content 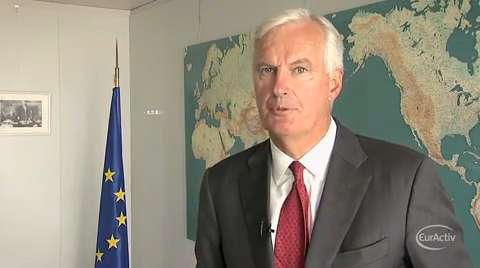 EXCLUSIVE / The EU’s internal market commissioner Michel Barnier, a convinced European and known federalist, has come out in favour of limits being imposed on the European project, telling EURACTIV in an exclusive interview that he understood concerns expressed by the far-right and other Eurosceptic parties. But he said Europe should also dare venture in new areas such as defense and industrial policy.
Promoted content
Euro & Finance 12-12-2012

Ahead of the 6th EU Summit in a year, finance ministers are meeting on Wednesday to table a compromise on creating a single supervisor responsible for all eurozone banks. The so-called “Single Supervisory Mechanism” is seen as the first pillar of a full European banking Union.
RSS - Economic and Monetary union