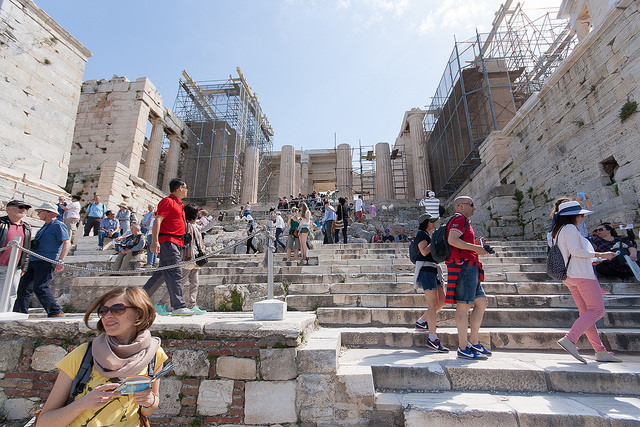 After the “No” vote in Greece, German economists are saying “it boils down to a Grexit”, predicting the country is on its way out of the eurozone. EURACTIV Germany reports.
News 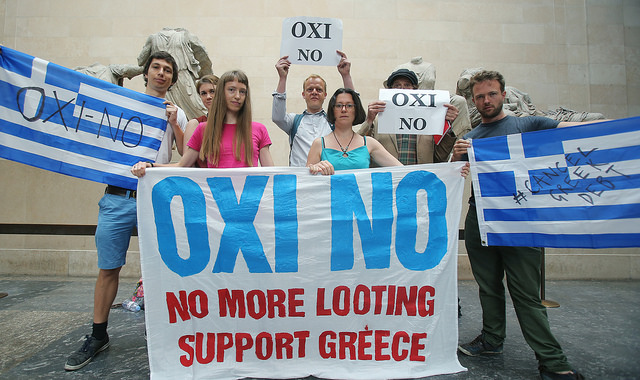 Greece was officially declared in default today (3 July), injecting even more urgency into a make-or-break weekend referendum that new polls suggest is too close to call.
News

Assuming that there is no last-minute deal between Athens and its creditors, Greece will lose €16.3 billion of financing at midnight Washington time today (30 June), EU officials told the press in Brussels.
News 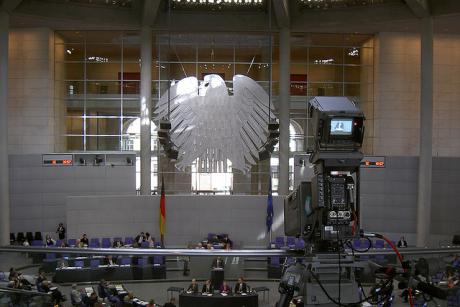 After the far-left Syriza party triumphed in the Greek elections this Sunday, Germany is still insisting on the country’s implementation of reforms, which were part of the conditions of the country's bailout. Meanwhile German industry has warned the party’s leader, Alexis Tsipras, against changing course. EURACTIV Germany reports.
News
Euro & Finance 13-12-2012

Eurozone finance ministers and the International Monetary Fund have agreed to release €49.1 billion in aid to Greece by the end of March, a sum that should help the country stay afloat until then and avoid bankruptcy.
News
Euro & Finance 03-12-2012

Credit ratings agency Moody's has cut its rating for the eurozone rescue funds ESM and EFSF to Aa1 from Aaa following its downgrade of France earlier in November.
News
Euro & Finance 24-09-2012

Eurozone states are preparing to allow the bloc's permanent bailout fund to leverage its capital in the same way as its predecessor so it can reach a capacity of more than €2 trillion and rescue big countries if necessary, Der Spiegel reported yesterday (23 September).
News
Euro & Finance 04-07-2012

All eyes to turn to Karlsruhe on 10 July

On 10 July, the eyes of Europe will be on Karlsruhe, where Germany’s Constitutional Court is located. Judges will examine appeals brought against the European Stability Mechanism (ESM), the main European bailout fund, and the fiscal pact. EURACTIV Germany reports.
News
Euro & Finance 28-06-2012

EU heads of states and government who start their two-day summit today “have problems” deciding what to do with proposals for greater fiscal and political integration tabled by European Council President Herman Van Rompuy and three other leaders, EURACTIV was told.
News
Euro & Finance 22-06-2012

Eurozone ministers are pressing Spain to formalise its bank aid request at the latest by Monday, and promise to send international creditors to Greece to hold talks with the newly formed government.
News
Euro & Finance 08-06-2012

Without waiting for a widely expected EU rescue, credit ratings agency Fitch cut Spain's sovereign rating to BBB from A with a negative outlook, saying Madrid was especially vulnerable to a worsening of the euro zone debt crisis.
News
Euro & Finance 18-04-2012

Some analysts say a Spanish bailout is inevitable

Economic experts watching Spain don't know how much money will be needed or precisely when, but some are near certain that Madrid will eventually seek a multibillion euro bailout for its banks, and perhaps even for the state itself.
News
Euro & Finance 30-03-2012

Eurozone finance ministers agreed on Friday (30 April) on a temporary increase, up to €700 billion, of their financial rescue capacity to prevent a new flare-up of Europe's sovereign debt crisis, but markets may judge it too small to be convincing.
News

German Finance Minister Wolfgang Schäuble is seen as the best candidate to become the next president of the Eurogroup. EURACTIV.de and EURACTIV.fr report on reactions in Germany and France.
News
Euro & Finance 17-01-2012

Standard & Poor's cut its credit rating of the eurozone's rescue fund, the European Financial Stability Facility (EFSF), on Monday (16 January), claiming its decision was inevitable following cuts three days earlier to the creditworthiness of France and Austria, two of the EFSF's guarantors.
News 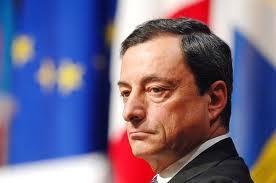 Eurozone finance ministers are to agree today (29 November) the details of bolstering their bailout fund to help prevent contagion in bond markets, under pressure from the United States and ratings agencies to staunch a two-year-old debt crisis.
News 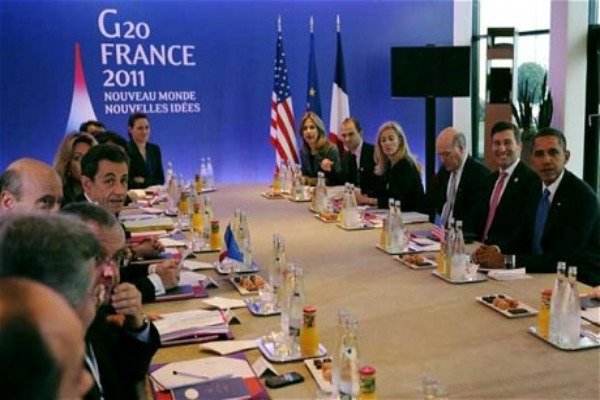 The G20, knocked off course by the escalating political crisis in Greece, agreed in principle today (4 November) that the International Monetary Fund could assist Europe's rescue fund, but left specifics to be dealt with in February.
News 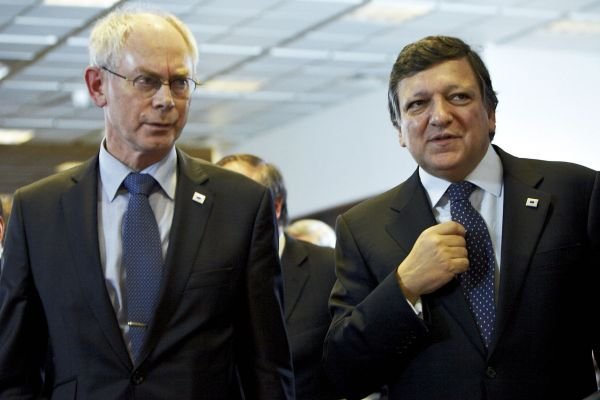 EU leaders' decisions taken early on Thursday (27 October) were greeted with widespread relief across Europe, but the summit outcome was tempered by worries on the complexity of the deal. The EURACTIV network reports from Europe's capitals.
News
Euro & Finance 27-10-2011

European leaders achieved a breakthrough early today (27 October) to write off half of Greece's debt and seek foreign capital to double the eurozone's bailout fund to around €1 trillion. But crucial details on the fund's size were left for finance ministers to decide end of November.
News

Eurozone leaders meeting for a marathon summit agreed last night (26 October) on plans to leverage the Financial Stability Facility (EFSF) and create a "special investment vehicle" designed to lure investment from China, Brazil and Middle Eastern countries. A definitive agreement on the EFSF's full size will, however, not be finalised until late November.
Opinion
Euro & Finance 25-10-2011

European leaders must be desperate to consider their main external partners, via the IMF, as the new solution to save the European economy. Should they accept this, they will enter world history as those who buried the European project and turned Europe into a second-rank actor, writes Maria Joao Rodrigues, a former Portuguese minister and adviser to the EU institutions.
News

Involving IMF member countries such as China and Russia in leveraging the firepower of the euro zone bailout fund, the European Financial Stability Facility (EFSF), is one of two options that remained on the table – but unagreed – as the European Council and Eurozone countries met in Brussels today (23 October).
Read more »»
RSS - EFSF