The president of the European Commission, Ursula von der Leyen, on Friday called for the creation of an African Green Deal which, like the European Green Deal, would be the "centrepiece" for Africa's recovery.
OpinionPromoted content 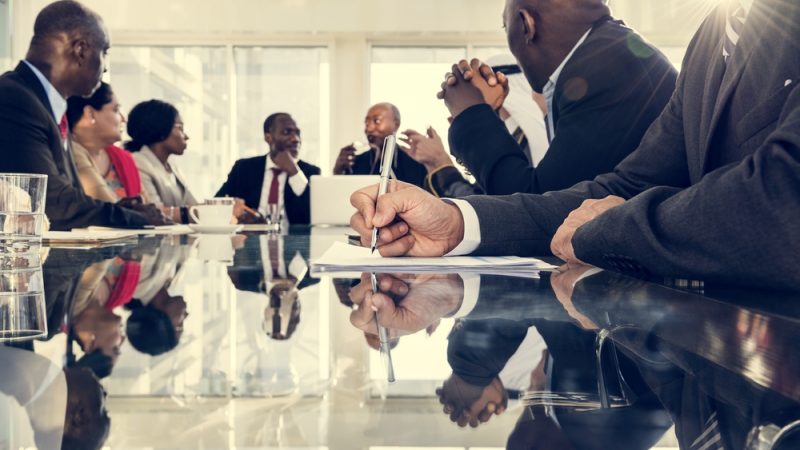 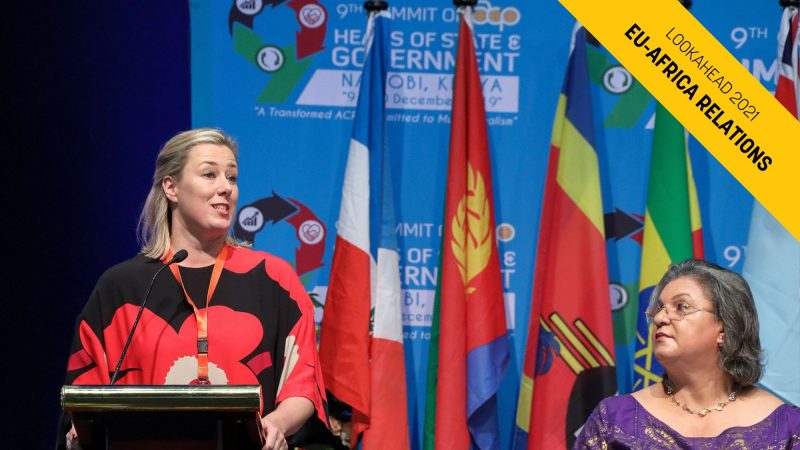 The EU’s plans to strike a ‘strategic partnership’ with Africa were one the victims of the COVID-19 pandemic. After the European Commission set out its stall in a March 2020 strategic paper, summits were cancelled and it is unclear whether EU and African Union leaders will agree on an agenda with the ambition needed for a genuine ‘strategic partnership’ this year.
News 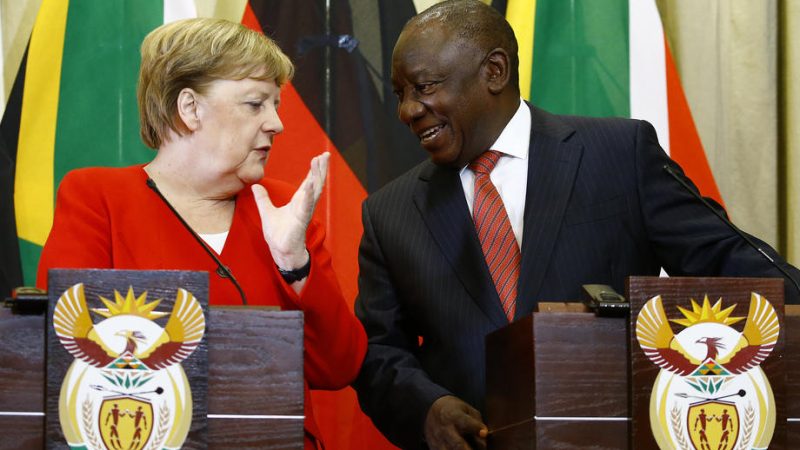 Simmering institutional tensions between the EU and the African Union resulted in the last-minute cancellation of a ‘mini-summit’ between European Union and African leaders planned for Wednesday (9 December).
News

The EU will need to significantly improve its offer to the African continent if it is succeed in maintaining its position as its “first partner”, the EU’s chief diplomat said on Thursday (29 October).
Special ReportNews

With plans for a new EU-Africa ‘partnership’ blueprint having been delayed by the COVID-19 pandemic this year, 2021 should be “the Africa year for the European Union,” the bloc’s chief diplomat, Josep Borrell, said during the Socialist and Democrat group’s Africa Week.
Special ReportInterview

The COVID-19 pandemic has highlighted the importance of strong EU-African relations, Iratxe García, the leader of the Socialist and Democrat group in the European Parliament, told EURACTIV as her political group launched its Africa week (13-15 October).
Interview

If there was any doubt about the importance of a strong relationship between Africa and the European Union they have been dispelled by the COVID-19 pandemic, says Samuel Outlule, Botswana’s ambassador to the EU and Belgium.
News

Talks on a new EU-Africa partnership have been derailed by the COVID-19 pandemic, EU foreign affairs chief, Josep Borrell, conceded on Monday (21 September), as a key summit of the two sides has been postponed until 2021.
News

The coronavirus pandemic has been a ‘stress test’ for EU-Africa relations ahead of plans for an ambitious reset of political and trade ties between the two continents this autumn.
News

EU-Africa Summit to be held in December

When talk turns to Africa, people like to talk about the need for a Marshall Plan. In order to move from talking to taking action, the Austrian presidency of the council is now planning an EU-Africa Summit. EURACTIV Germany reports.
Special ReportNews

Increasing trade between the EU and the ACP (African-Caribbean-Pacific), particularly African countries, lay at the heart of the ambition of the Cotonou Agreement. That was supposed to be embodied by regional Economic Partnership Agreements (EPA) with the EU.
Opinion

Europe and Africa need a partnership which should focus on the new realities in both regions. Europe can become the region's main partner during its transformative revolution if it listens to civil society representatives, writes Shada Islam.
Video

Ethiopia’s Ambassador Teshome Toga Chanaka spoke to EURACTIV’s Georgi Gotev in a video interview: “We don’t believe in imposition of development policies because something that is imposed without your will won’t last long.  This is exactly what has happened in the past in Africa and Ethiopia would like to see that come to an end."
Opinion

The expansion of a community-based project in Tanzania is challenging the traditional top-down model of development assistance, proving that money is not the most important thing when it comes to helping people.
News

Today’s (11 December) Foreign Affairs Council begins with a discussion with Israeli Prime Minister Benjamin Netanyahu, against the background of the decision of US President Donald Trump to recognise Jerusalm as the capital of Israel.
Special ReportNews

The issue of forced returns of migrants, as well as sexual rights, is blocking the publication of the conclusions of the EU-Africa summit, one week after the end of the debates in Abidjan. EURACTIV France reports.
News

African and European countries have adopted a special joint declaration on Libya and said they want to repatriate migrants stranded in Libya to their countries of origin. But the question of who should pay for it has been carefully avoided. EURACTIV France reports from Abidjan.
News

The Sahel is a critical focus area that directly affects Europe, and above all Spain, the High Representative of the European Union for the Sahel, Spain’s Angel Losada, said in an interview with EURACTIV’s partner EFE.
Read more »»
RSS - EU-Africa summit