European Commission President Jose Manuel Barroso, European Parliament President Martin Schulz and Greek Prime Minister Antonis Samaras kicked off the European Parliament's 'own resources' group on Tuesday in Strasbourg. Chaired by former prime minister of Italy, Mario Monti, the High level he group has been tasked with studying the current system of income to the EU budget and suggesting possible improvements to it, as agreed by the institutions during negotiations on the EU's seven-year budget.
Promoted content
EU Priorities 2020 19-11-2013

After one of the most controversial and long-fought battles the European Parliament has recently seen, MEPs finally approved on Tuesday Europe's budget for the next 7 years. The so-called multi-annual financial framework was adopted by 537 votes to 126 against, with most of the opposition coming from the eurosceptics and the Greens. Worth €960 billion, it is the first time in the history of the Union that real spending cuts are included in a long-term budget.
Promoted content
12-11-2013

After 16 hours of negotiations, the EU institutions reached a political agreement on Tuesday on both the Union's budget for 2014 and pending amending budgets for 2013, but the European Parliament and Council must still formally adopt the agreement. The deal sees an overall level of commitments of €142.6 billion
Promoted content 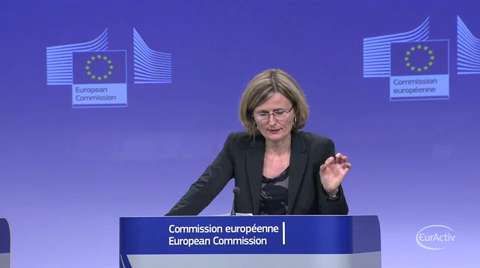 A communication breakdown led to the premature announcement of an agreement of the three European institutions on the EU budget for 2014-2020 one week ago. Today (27 June), hours before the beginning of the EU summit, the three institutional top officials announced what appears to be a final compromise.
Promoted content
EU Priorities 2020 13-06-2013

Commission President José Manuel Barroso yesterday (12 June) told the European Parliament that  member states should accept some of the chamber's demands for the 2014-2020 EU budget and strike a deal “as soon as possible”.
Promoted content
EU Priorities 2020 15-05-2013

European Union finance ministers approved a €7.3-billion increase in the bloc's spending for 2013 on Tuesday (14 May), as part of a deal to unblock talks on the EU's next long-term budget. EU ministers also negotiated agreements on updated EU-wide rules on the taxation of savings.
Promoted content
EU Priorities 2020 11-02-2013

EU leaders have urged the European Parliament to 'be responsible' and approve the new long-term EU budget proposal. The plead came after European leaders struck a deal on Friday on the 7-year budget following more than 24 hours of talks. Mirroring the austerity measures that national governments are currently undertaking, the budget has been capped at €960 billion. (The original November proposal was  €972 billion.) It is the first time in the Union's history that an EU budget is smaller than the previous period.
Promoted content
EU Priorities 2020 13-12-2012