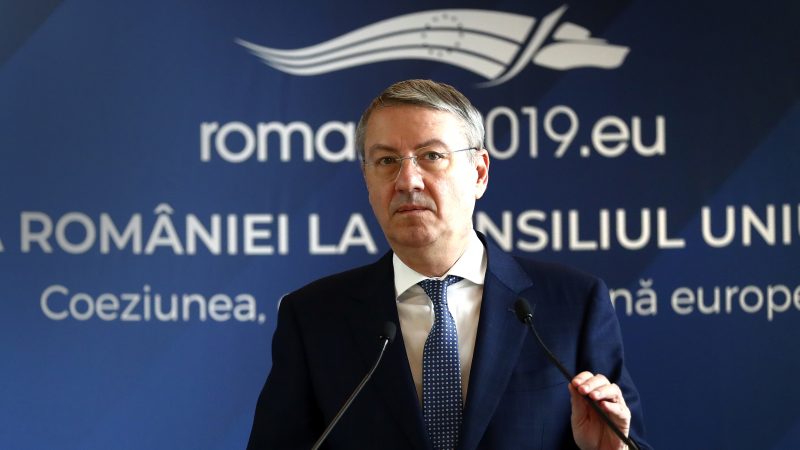 Romania's EU presidency will push to improve the prospect of membership talks for Western Balkan nations of Macedonia (FYROM) and Albania, but only after the European elections in May, the country's European affairs minister told EURACTIV in an interview.
Special Report

EXCLUSIVE / In a wide-ranging interview, Greece's foreign minister on Sunday (16 July) outlined his country's position on the failed Cyprus reunification talks, scolding UN envoy Espen Barth Eide and rejecting "interventions rights" for Turkey in any future settlement. He also warned against expecting any breakthrough with FYROM.

Montenegro: We can play a disproportionately large role in NATO

On the day NATO invited the Western Balkan country of Montenegro to join the military alliance, EURACTIV spoke to its Defence Minister, Milica Pejanovi?-?uriši?, in Brussels.

Member states and candidate countries have grown tired of the pace of the enlargement process, above all, the accession of Romania and Bulgaria, which raised a lot of questions about the credibility of the process, Enlargement Commissioner Štefan Füle told EURACTIV Czech Republic in an exclusive interview.
RSS - EU enlargement