In Bratislava this week, EU heads of state and government should show clear resolve that they are departing from business as usual, and President of the Commission Jean Claude Juncker should raise the bar, said Enrico Letta in a Citizens’...
Promoted content 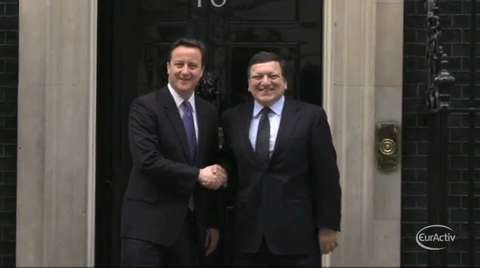 Barroso: EU integration may be at risk

European Commission President Jose Manuel Barroso delivered a major speech on Thursday in Berlin on the occasion of Europe day, laying out his legacy and priorities for the future of the EU.
Promoted content 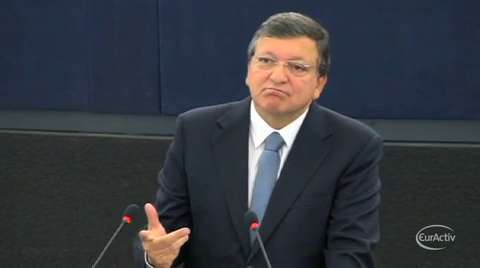 President of the European Commission Jose Manuel Barroso warned on Wednesday that political instability is the biggest risk to Europe's future. He attacked his Eurosceptic critics and called for a stronger European Union. Addressing the European Parliament in what most likely will be his last 'State of the Union' speech, Barroso urged EU leaders to continue implementing reforms, as the bloc slowly leans towards economic recovery.
Promoted content 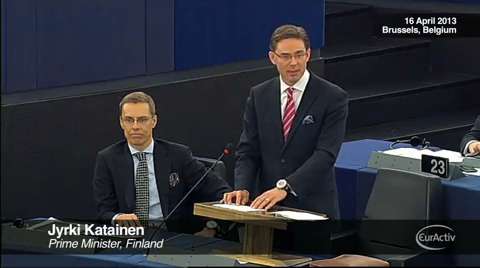 Speaking at the European Parliament on Tuesday, Finnish Prime Minister Jyrki Katainen called for greater economic and political integration in Europe. Addressing MEPs in Strasbourg, Katainen said that citizen support can only be gained through a 'just and fair' EU.
Promoted content
Future EU 26-06-2012

This will be the fourth 'make or break' EU summit in a year. European leaders are gathering in Brussels later this week to come up with credible solutions to solve the euro crisis. But experts believe this meeting will be no panacea for the euro's problems. International pressure is mounting amid fears of a full-scale economic crisis. EU leaders consider that more 'European integration' is the long-lasting solution that markets are so intensively demanding. A banking union and issuing the so-called 'eurobonds' are in the cards.
RSS - EU integration