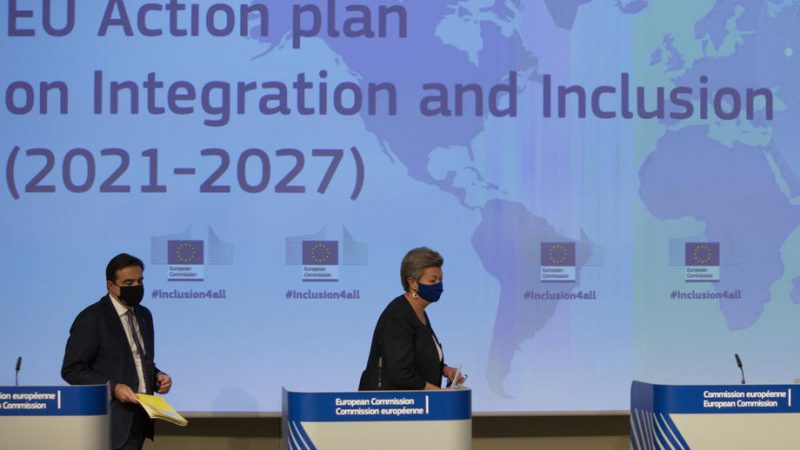 The European Commission on Tuesday (24 November) issued a new set of guidelines, calling on EU member states to do a better job of integrating migrants into European societies.
Video

Turkey is gathering a high number of migrants at its western coasts and urging them to sail across the sea border to neighbouring Greece, several Greek media reported over the weekend.
Opinion

The image of three-year-old Alan Kurdi dead on the shore in 2015 sticks in our memory as a collective failure. Five years later, it looks like we haven’t done much to improve the situation of thousands of migrants who are either still trying to escape war or wait on asylum-seeker centres already on European soil, writes Iratxe García Pérez.
News

The difficulties facing EU nationals wishing to remain living in the UK have been highlighted in a report published on Tuesday (19 November) by Migrant Voice.
News

On Tuesday (16 April), MEPs approved the creation of a European Labour Authority, as well as several positions that favour the rights of European workers and combat social dumping. But major changes still need to be made. EURACTIV France reports.
Special ReportNews

Germany is dependent on migrant workers but a decreasing number of them will be EU citizens in the future. In the long term, about 146,000 immigrants from outside of the EU will have to be integrated into the German labour market every year, according to a recent study. EURACTIV Germany reports.
Special ReportNews

Overpopulation of migrant reception centres on the island of Samos has reached the point of no return, with the local community and local authorities left overwhelmed and demanding assistance from the Greek government.
Special ReportNews

The current European Parliament should make no decision on issues related to migration and rule of law as it does not represent the will of EU citizens, a high-ranking Hungarian government official told EURACTIV Croatia in an interview.
News 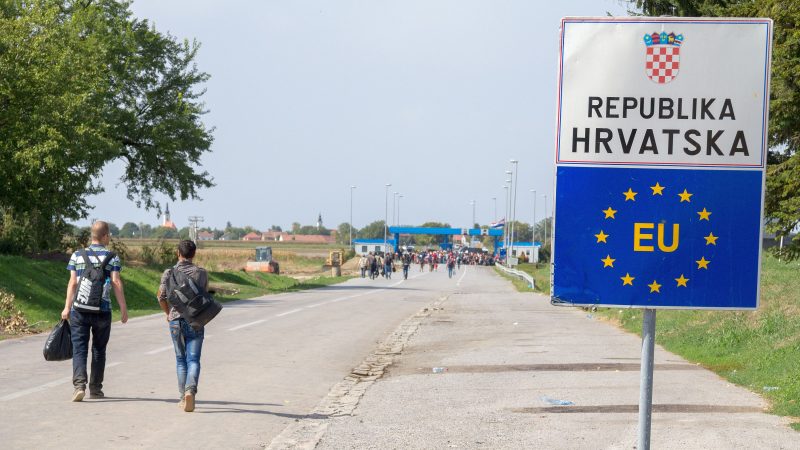 Volunteers and employees of two NGOs helping migrants in Croatia face serious threats and violence on an almost daily basis. For the first time in three years, they feel unsafe and unprotected in their city. They go to work carrying mace, as advised by the police. EURACTIV Croatia reports.
Special ReportNews

Romania’s government boasts about its economic growth rate, but Romanians are leaving the country in large numbers. Can the EU elections in 2019 change the trend or will the migration pace intensify?
Opinion

The sudden and substantial increase of migrants’ flow to Europe over the last years has produced a severe political and identity crisis within the EU, a crisis that risks undermining its basic principles and values, and fostering the rise of xenophobic nationalism, writes the Progressive Caucus of the European Parliament.
Opinion

The European Union (EU) has the opportunity to positively shape the lives of children trapped in conflicts, natural disasters and other humanitarian situations around the world. On World Humanitarian Day (19 August), Delphine Moralis explains why this is so important and what the bloc can do.
Interview

Macron’s European dream ran into a wall of national politics at last week's EU summit. A swing to the right of the European agenda appeared to trump the in-depth economic reforms championed by the French president. EURACTIV.fr reports.
News

The leader of Angela Merkel's Bavarian allies, the CSU, offered to step down from his ministerial role and party leadership during a fiery closed-door meeting on Sunday ( 1 July).
News 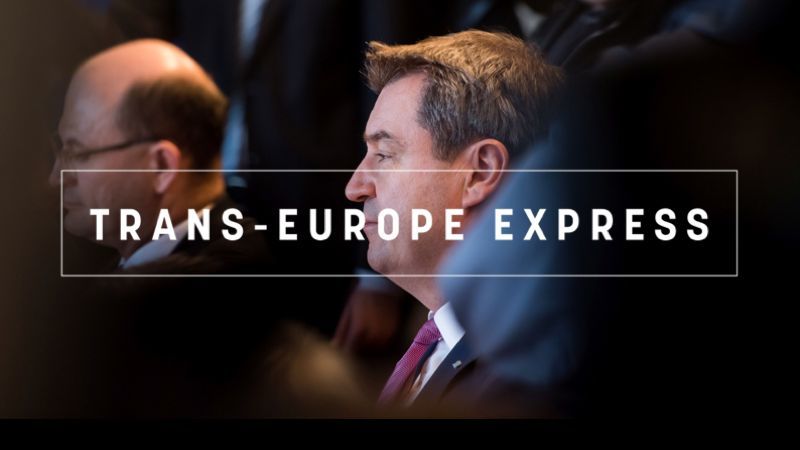 Trans-Europe Express – Indomitable, but for how long?

One region in Germany, that of the indomitable CSU-Bavarians, is holding out. In Bavaria, Markus Söder is brewing up the magic potion and he is setting forth to repel the invaders from non-EU countries. And to do so, he does not...
News

Let’s not pretend, we all watched the Germany game yesterday, in Berlaymont, in offices, in nearby pubs. At least the shocking end, Mannschaft’s first group stage exit from a World Cup in 70 years, which aroused considerable interest around the globe.
News

Dutch Prime Minister Mark Rutte recently compared the EU to a giraffe. But for the author of this Brief, our Union rather looks like an old lady (or man if you wish) with heart problems, who ignores her doctor’s recommendations and instead focuses on her fictional back pain.
Read more »»
RSS - EU migration