US President Donald Trump offered the UK on Tuesday (4 June) the prospect of a “phenomenal” trade deal that would more than double trade flows between the UK, but warned that in such a deal, everything would be up for discussion.

Washington needs to de-escalate its rhetoric and cease using tariffs under the guise of national security, the president of the powerful Federation of German Industries (BDI) said on Monday (23 July) in Berlin, ahead of Wednesday's meeting between US President Donald Trump and European Commission chief Jean-Claude Juncker.

Talks on a vast free-trade deal between the EU and US are likely to be “frozen” for years after the stunning election victory of Donald Trump, the EU said on Friday (11 November). US president-elect Trump campaigned furiously on a...

Austria's economy minister has said talks on an EU-US free trade agreement should be halted, adding his voice to an increasingly polarised debate on both sides of the Atlantic over whether to keep the negotiations going. 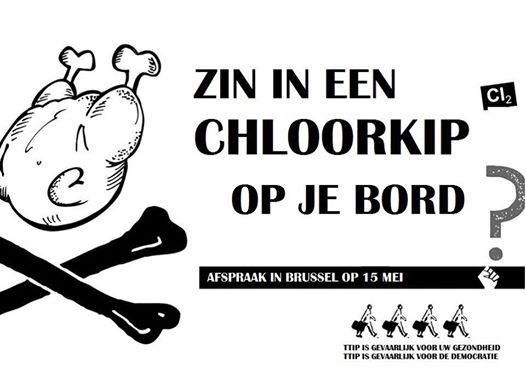 NGOs and trade unions today (19 May) hit back at accusations they were spreading lies on social media about the Transatlantic Trade and Investment Partnership (TTIP), as it emerged that Brussels Police used controversial “kettling” techniques and water cannon on protestors outside the European Business Summit. 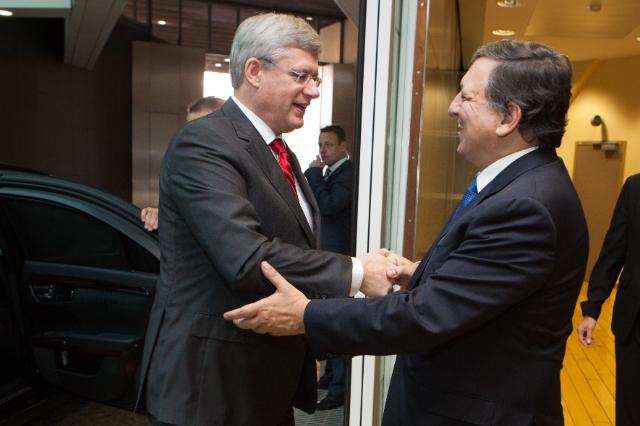 The European Union and Canada agreed a multi-billion-dollar trade pact on Friday that will integrate two of the world's largest economies and paves the way for Europe to do an even bigger deal with the United States.
Global Europe 07-10-2013

The US has put negotiations for a landmark free trade deal with the EU on ice because of a partial shutdown of the US government, the Obama administration said on Friday (4 October).
Special Report

SPECIAL REPORT / While EU-US trade talks are expected to generate great economic benefits on both sides of the Atlantic, the impact of a trade agreement on the EU's healthcare systems will surely be negative, experts warn.
Special Report
TTIP 26-09-2013

EU-US trade deal to include ‘corporate bill of rights’

SPECIAL REPORT / Controversial rights for multinational corporations to sue states, likely to be included in the Transatlantic Trade and Investment Partnership (TTIP), are causing a political headache for EU and US negotiators, but may also set a precedent for future trade agreements, notably with China.
Special Report 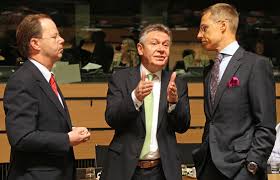 France cleared the European Union to launch free-trade talks with the United States yesterday (14 June) after fellow EU members accepted its demand to shield movies and online entertainment from the might of Hollywood and Silicon Valley.
Trade & Society 23-05-2013

MEPs give a conditional go-ahead to EU-US trade talks

Following an impassioned debate in the European Parliament, MEPs are expected to vote today (23 May) on a hard-fought resolution to back the launch of negotiations on a Transatlantic trade agreement, though not without red lines.
RSS - EU-US trade deal