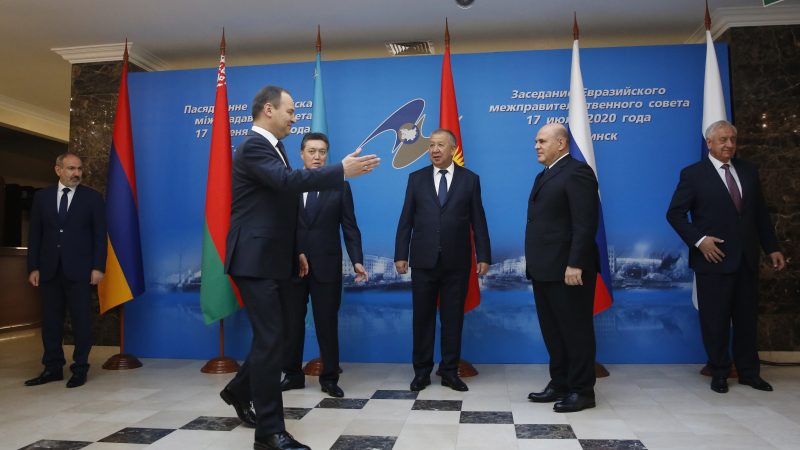 Russians are using Belarus as a springboard to travel abroad as their country’s international borders remain largely closed as part of efforts to curb the spread of the new coronavirus, transport sector sources say.
News

Russian Prime Minister Dmitry Medvedev reiterated Moscow's support for Serbia during a visit to Belgrade on Saturday (19 October) and announced the signing of a free trade agreement between Serbia and the Russian-led Eurasian Economic Union (EAEU).
News

A Commission official said on Wednesday (30 January) that the EU executive questioned the coherence of the Eurasian economic union, because of the Russia-imposed embargo on the transit of a range of Ukrainian goods through its territory, in effect foreclosing access to export markets in Central Asia.
Opinion

It’s curious that the EU’s initiative “Connecting Europe and Asia” makes no mention of two of its most important players – the Eurasian Economic Union (EAEU) and the Chinese “Belt and Road” Initiative, writes Yuri Kofner.
RSS - Eurasian economic union