Trade tensions, challenges to multilateralism and unilateral sanctions might be bad for the economy but they have helped boost the global use of the euro, the European Central Bank reported on Thursday (13 June).
News

US President Donald Trump blamed the European Central Bank’s loose monetary policy for the high number of tourists arriving to Europe, and attacked once again the US Federal Reserve for keeping “ridiculous” high interest rates.
News

As European partners remain disunited on the way forward to strengthen the eurozone, ECB President Mario Draghi made a wholehearted defence on Monday (28 January) of the need to act together to complete the economic and monetary union and increase the influence of the common currency abroad.
News

Spanish Prime Minister Pedro Sánchez stood up for a more social, feminist, greener and united Europe, in his speech on the future of the EU before the European Parliament in Strasbourg on Wednesday (16 January).
News

A report by the Bank of Russia published late on Wednesday (9 January) reveals that the country dumped $101 in US holdings from its reserves, shifting into euros and yuan last spring amid a new round of US sanctions.
News

The single currency, which was officially launched on 1 January 1999, has performed its role of shielding against crises and stabilising prices. However, the insufficient convergence of the eurozone’s economies shows the fragility of this incomplete construction. EURACTIV France’s media partner La Tribune reports.
News

New pan-European payment instruments, including solutions based on emerging technologies in the financial sector or FinTech, are a part of the European Commission’s plan to boost the euro's standing in international markets.
News

The Eurozone should prepare for US and China protectionist measures if they materialise, president of the European Central Bank Mario Draghi said on Monday (24 September) at the European Parliament.
News

Bulgaria will seek to join both the eurozone’s waiting room and the bloc’s banking union within a year, Finance Minister Vladislav Goranov said on Tuesday (12 June).
News 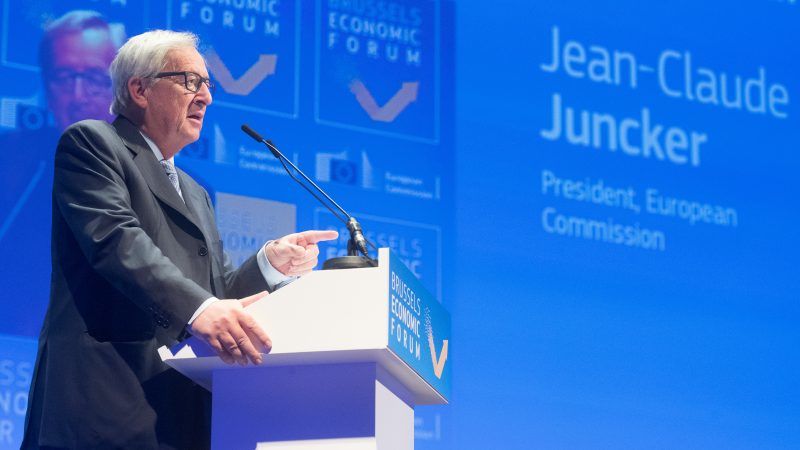 With an eye on Italy and Spain and the possible political and financial turmoil there, the European Commission chief Jean-Claude Juncker called once again on Tuesday (5 June) for a fast and deep reform of the Economic and Monetary Union.
Video

The euro has been fought against by everyone in the Czech Republic who doesn’t like the idea of deeper European integration. However, as centre-right MEP Luděk Niedermayer points out, myths and false arguments often dogs the debate about the common currency.
News

Slovakia's prime minister, president and parliament speaker pledged yesterday (23 October) to keep to a pro-European path, a day after its Czech neighbours became the latest central European ex-Communists to elect a populist taking a hard line on the EU.
News

In his speech on the State of the Union, Jean-Claude Juncker insisted on the extension of the eurozone, but not on its deepening. He fears the two-speed Europe defended by Emmanuel Macron. EURACTIV France reports.
Read more »»
RSS - euro