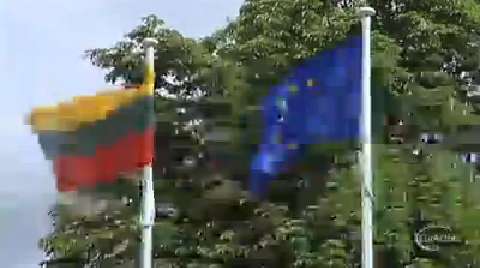 Lithuania hopes to join the euro in 2015, emulating its Baltic neighbours Latvia and Estonia. The announcement came after a meeting of eurozone finance ministers in Brussels on Monday, where the Eurgroup's head Jeroen (Yurun) Dijsselbloem said that Vilnius was 'very determined' to join the currency bloc. It is the country's second attempt to join, after an earlier failed bid when it missed a target for inflation.
Promoted content
Economy & Jobs 26-03-2013

Amid concerns of a possible bank run, Cyprus is requiring banks to stay closed until Thursday. The Cypriot authorities will also limit access to bank accounts and movement of cash out of the island. It is the first time capital controls are being applied within the euro area and comes after Cyprus sealed a deal with the EU and the IMF on Monday to avoid bankruptcy and a potential euro exit.
Promoted content
Euro & Finance 04-03-2013

Latvia decided on Monday (4 March) to apply to join the eurozone next year, a sign of the faith in the single European currency which still exists despite three tumultuous years which have threatened the project.
Promoted content
Future EU 12-09-2012

Speaking before the European Parliament, President of the European Commission Jose Manuel Barroso urged Europe in his annual 'State of the Union' speech to be a 'federation of nations states'.
Promoted content
Economy & Jobs 15-06-2012

Greece is holding elections next Sunday in what could be a decisive day for the fate of the euro zone. After Greek political parties failed to form a government on the 6th of May, Greeks go to the polls again to decide wether they want to keep the euro. Recent polls have shown a tight race between anti-bailout extreme-left coalition Syriza and center-right New Democracy. Earlier this week, Syriza's leader insisted that he doesn't hope for a Greek euro exit, but he wants to renegotiate the severe bailout conditions imposed by the Troika.
Promoted content
Economy & Jobs 07-02-2012

Twenty years ago, leaders of the European Union put their signatures under a plan for one of the most ambitious steps in European integration.The single currency. The Maastricht Treaty enable the creation of the euro, which, despite all the negatives, has clearly carved out its place in the international currency markets. Former European Commissioner President Jacques Delors still sees the euro as a success story: Ten years after the launch of the physical notes and coins, however, it's clear that the Maastricht Treaty was not a complete success.
Promoted content
Economy & Jobs 27-10-2011

European leaders achieved a breakthrough early on Thursday to write off half of Greece's debt and seek foreign capital to double the eurozone's bailout fund to around €1 trillion. But crucial details on the fund's size were left for finance ministers to decide end of November.
RSS - euro