Spain's Socialist party was hit by a "coup" attempt Wednesday (28 September) with half of its leadership quitting in a bid to oust leader Pedro Sanchez and unblock the country's political deadlock.
News 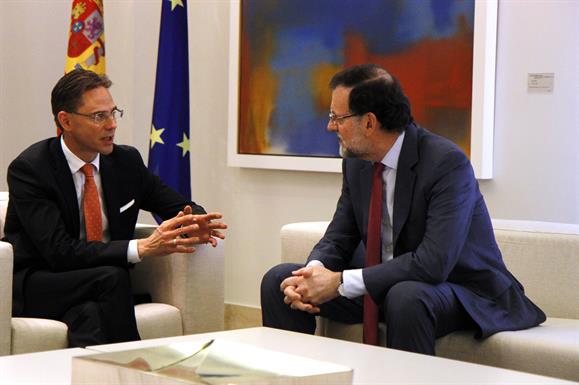 Spain's ruling People's Party (PP) agreed on Thursday to award civil servants a 1% pay rise next year, their first hike in five years after public employee salaries were reined in as part of cost cuts during a deep recession. The move comes ahead of a parliamentary election expected in November.
Interview

German Finance Minister Wolfgang Schäuble’s latest plans for a euro tax have solidified the prospect of a transfer union, says Eurosceptic Bernd Lucke in an interview with EURACTIV Germany. The founder of the Eurosceptic Alternative for Germany (AfD) party, argues that all the “talk about a Grexit” is just a bluff.
News

Greek Prime Minister Alexis Tsipras presented a 47-page list of reforms in the context of negotiations with Jean-Claude Juncker. The list contains many recommendations – especially those that have been rejected by donors.
Opinion

By forcing Syriza into a spot from which it must undertake a humiliating climb down to avoid disaster, the Eurogroup took its brinkmanship to a new level, writes Stratfor, the Texas-based global intelligence company.
Interview

We want to be sure that the new Commission will not deregulate the labour market, because EU citizens are more important than the market, said Marita Ulvskog.
News

In what is considered to be his outgoing speech, which he delivered at Sciences Po in Paris on Tuesday (25 November), European Council President Herman Van Rompuy urged France to regain confidence and drive Europe into the next era.
VideoPromoted content

He has been the longest-serving EU leader. After 10 years in office, outgoing European Commission president Jose Manuel Barroso gave his last press conference in Brussels on Wednesday.
News

The European Parliament endorsed former Latvian prime minister Valdis Dombrovskis on Wednesday (8 October) in the new role of Vice-President of the European Commission, in charge of the euro. He will be seconded by Pierre Moscovici in the economics portfolio, in a novel two-headed configuration for the single currency in the EU executive.
News

Yields on the eurozone's lower rated debt fell on Friday as the European Central Bank's rate cuts and openness to a large scale bond buying programme pushed investors towards riskier assets in their quest to maximise returns.
VideoPromoted content 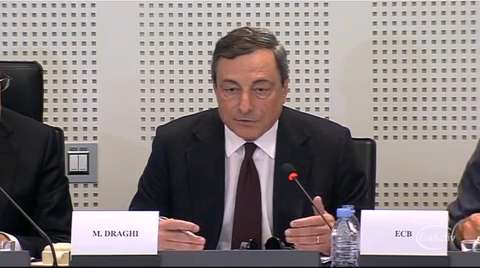 Draghi: Rumours are unfounded, I will stay at the ECB

Responding to media speculation over his future, ECB president Mario Draghi said on Monday that rumours about his exit are “unfounded” and come from “interested parties”.
Opinion

EU leaders have to put forward a two-handed approach in the next five years, focusing on policy action on the one hand while framing these policy actions in a broader treaty reform context on the other, writes Guntram B. Wolff.
VideoPromoted content 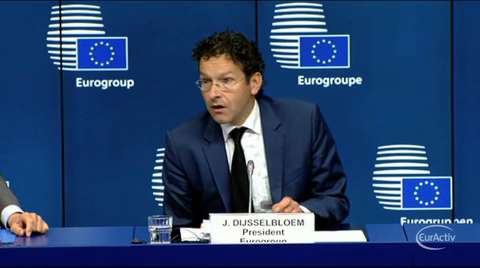 EU Finance ministers approved on Monday the next tranche of financial aid for Greece, worth 1 billion euros. “With this €1 billion disbursement, there is now €2.1 billion still left in the pipeline for Greece. €1 billion of that could be disbursed in August but that depends on the nest set of milestones being met.” ESM Managing Director Klaus Regling said.
VideoPromoted content 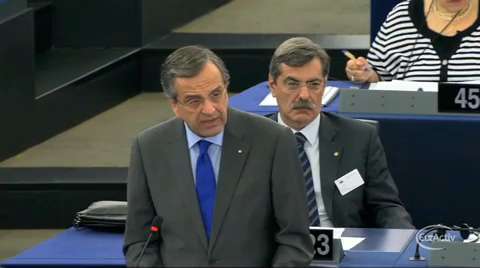 Speaking in the European Parliament in Strasbourg on Wednesday, Greek Prime minister Antonis Samaras said that Greece managed to conclude 67 pieces of legislation 'in a presidency that lasted only four months ' and  "with a minimal budget of which not more than 40% was finally spent".
VideoPromoted content
Economy & Jobs 05-05-2014 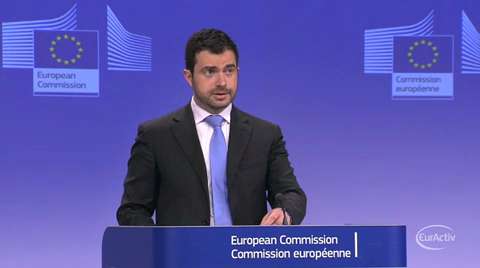 The Wilfried Martens Centre for European Studies was present at the XII Congress of the European People’s Party (EPP) that took place in Dublin on 6 and 7 March 2014, an event that gathered more than 2,000 participants, including the leaders of EU institutions, heads of state and government, party leaders, ministers, national and European parliamentarians, and delegates from EPP member parties throughout Europe.
VideoPromoted content

'Recovery in the European Union is gaining ground'. With this message, EU commissioner Olli Rehn launched the bloc's winter economic forecast, showing higher growth in Europe than previously expected. Speaking at the European Parliament on Tuesday, Rehn said that the 18 eurozone countries would grow by 1.2% this year and 1.8% in 2015. But warning that signs of recovery are still 'modest', Rehn also highlighted that unemployment across the bloc remains too high.
VideoPromoted content
Economy & Jobs 29-01-2014

The European Commission proposed on Wednesday new rules to stop the biggest and most complex banks from engaging in the risky activity of proprietary trading.
VideoPromoted content

Greek Prime Minister Antonis Samaras defended on Wednesday Greece's turn to lead the European Union, as the country goes through one of the biggest crisis in decades. Addressing the European Parliament in Strasbourg, Samaras said that Greece has delivered on its commitments to implement fiscal reforms and that the country is slowly coming out of the crisis.
Read more »»
RSS - eurocrisis