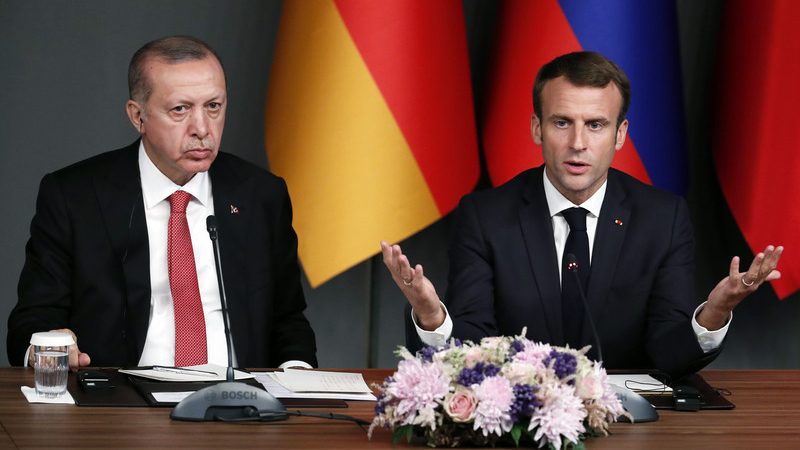 The question of whether to impose sanctions against Turkey will test how far EU leaders are prepared to support President Erdogan's “repressive form of rule”. writes Robert Ellis.
News 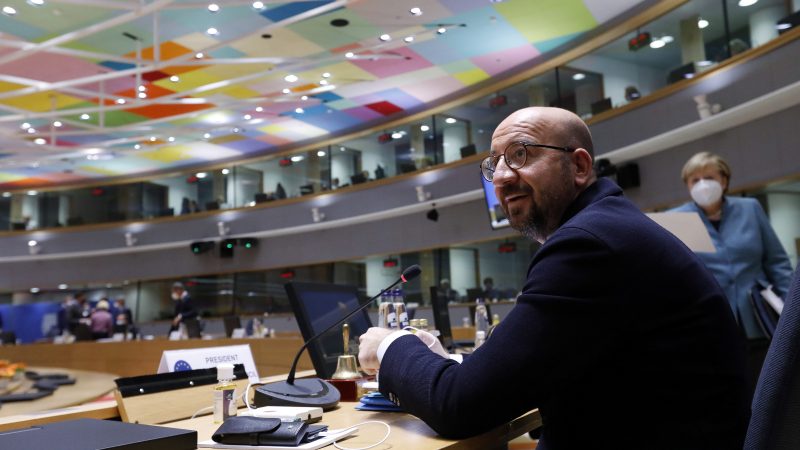 The prospects of an EU-UK trade deal being agreed imminently faded on Thursday (15 October) after EU leaders took an uncompromising approach on the progress of talks.
Opinion

As EU leaders gather for a crucial summit on Thursday, a radical rethink of the next seven year EU budget is needed, argues Margarida Marques.
News

French President Emmanuel Macron will only choose the new French candidate for the  European Commission after an EU summit on 17-18 October, where he intends to secure political support from the European Parliament. EURACTIV France reports.
News 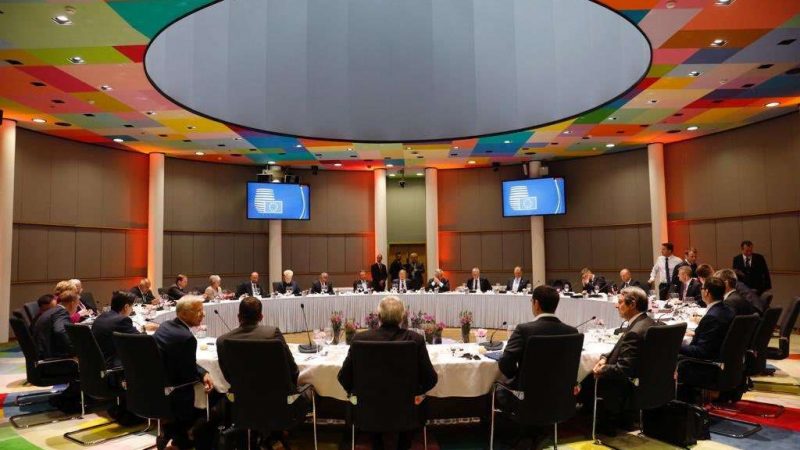 French President Emmanuel Macron wants to change the Spitzenkandidaten process to ensure a strong European executive. According to him, the programme comes first, and only then the candidate who could implement it. EURACTIV France reports.
News

EU leaders struck a reflective tone as they wrapped up a Spring summit in Brussels that was, again, dominated by Brexit.
News

EU leaders took turns to praise Theresa May on Thursday night (13 December) but the UK Prime Minister left Brussels empty-handed after promising her divided Conservative party that she would secure new concessions from EU leaders.
Opinion

The future of Europe is at stake as European leaders meet this week. Now is the opportunity to safeguard European biodiversity, writes Luc Bas.
News

The European heads of state will meet in Brussels for three days. France is hoping to avoid reopening the eternal political debate surrounding migration and make progress on specific aspects, including Brexit – even though the final agreement is not ready. EURACTIV France reports.
Interview

The EU's stand on migration policy is moving towards the demands of the Visegrad group, one of the best functioning groups in the bloc, says Dr Kai-Olaf Lang, adding that in many respects, Germany and V4 are much closer to each other today than Germany and France.
Opinion

The 28 EU heads of state issued a warning shot on Thursday (22 March) over allegations that 50 million Facebook users’ data was harvested without their consent to influence political campaigns.
News

Theresa May will update fellow EU leaders on the Salisbury spy attack on Thursday evening but has not requested any further sanctions on Russia following the attack, an EU official has said.
News

EU leaders wound up two-days of high-level talks in Brussels on Friday (20 October). Digital single market, migration, defence, but also Catalonia and Turkey, were discussed on Thursday. On Brexit, the leaders welcomed 'some progress' in the talks, but said it was not enough to move to phase two, postponing that assessment for December.
News

European Council President Donald Tusk has set himself a time limit of two weeks to talk to leaders from every EU member state before he proposes a plan for how to advance on the future of Europe.
News

Right, left or centre? In preparation for his first EU summit as president of France, Emmanuel Macron has chosen not to throw his lot in with any political family. He has his own strategy and expectations are high all round. EURACTIV France reports.
News 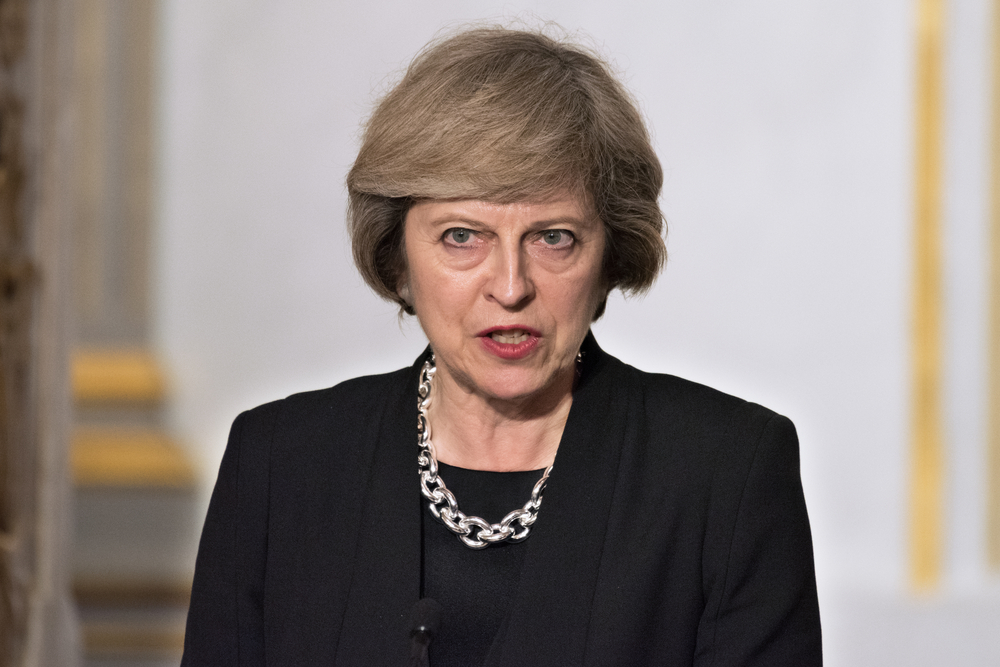 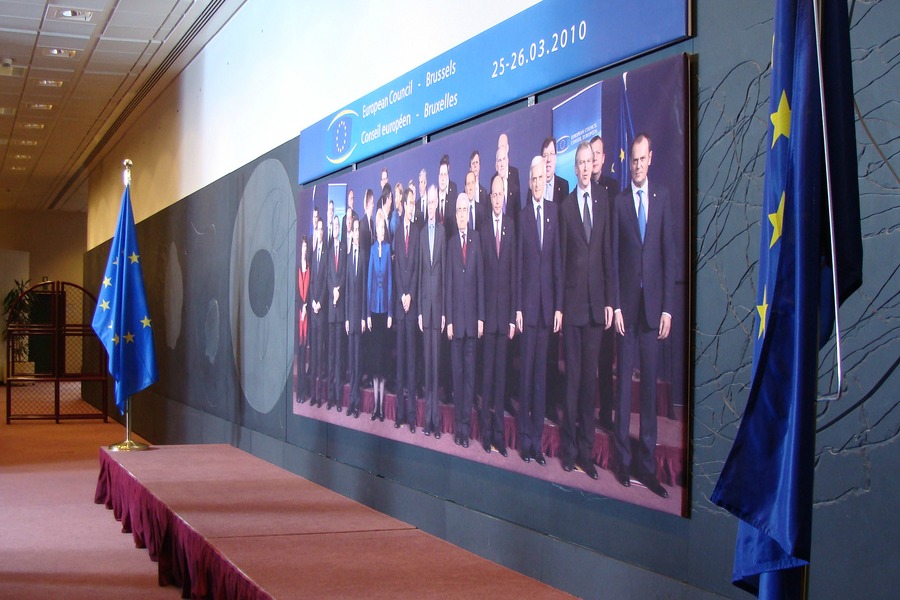 Energy Union, and the ongoing tensions with Russia over Ukraine, dominated EU leaders' talks in Brussels this week (19-20 March). Follow our live coverage below.
News 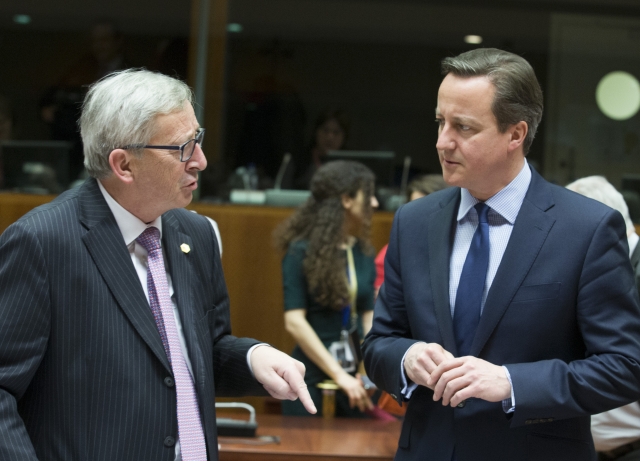 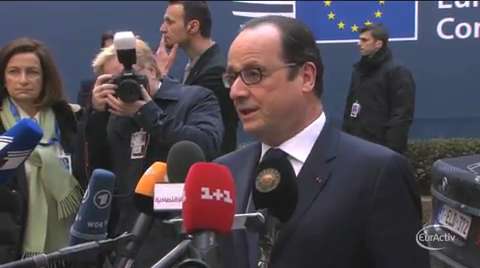 Hollande: “Ukraine agreement is a ray of hope”

“We reached an agreement; we could have failed. But the agreement does not guarantee an enduring success in the days to come. We must continue to be vigilant, to apply pressure and to continue the movement that has been started thanks to the initiative that the Chancellor and I have been able to launch.
Read more »»
RSS - European Council summit