The European Investment Bank’s decision to loan Germany €264 million to build a new stretch of autobahn has provoked outcry from environmental activists and raised doubts about whether the Luxembourg-based lender can yet claim to be the ‘EU climate bank’.
News

European Commission Vice-President Maroš Šefčovič has renewed calls for European firms to gain fair market access in China after the global public health crisis has been reigned in, in an effort to restore trust and confidence.
News

European Investment Bank (EIB) directors will begin discussing on Tuesday (10 September) an updated lending policy which could see the EU bank stop funding fossil fuel projects. But some member states and even the European Commission might push for a more reserved approach.
Opinion

The European Investment Bank is stepping up its climate adaption projects in developing countries, and that means building roads and infrastructure that can better cope with natural disasters, write Luca Lazzaroli and Léon Faber.
Opinion

Whether or not Jean-Claude Juncker’s plans for a "partnership of equals" with Africa becomes reality any time soon, the Luxembourg-based European Investment Bank will have an ever-increasing role in the continent.
News

German carmaker Daimler has shelved its expansion plans in Iran due to the reimposition of US sanctions but it might not be the last EU company to pull the plug on future aspirations, businesses organisations told EURACTIV.
News

EU lawmakers gave approval on Wednesday (4 July) for the European Investment Bank (EIB) to do business in Iran, overcoming a blocking attempt and keeping alive plans to save the 2015 nuclear deal with Tehran that Washington has abandoned.
Special ReportNews

The EU’s External Investment Plan (EIP) is the latest addition to the increasingly cluttered landscape of public-private development finance. The EIP's future shape and the role it can play was one of the hot topics at the European Development Days on 5-6 June.
News 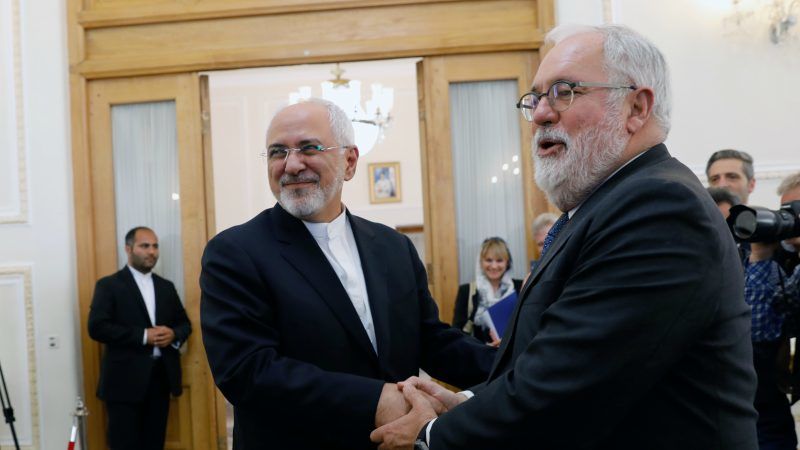 Europe's energy and climate chief sought to reassure Iran's top ministers on Saturday (19 May) that the European Union wants to keep trade open despite the US withdrawal from the nuclear deal.
News

On the second anniversary of the Panama Papers tax scandal, the European coalition of development and environmental non-governmental organisations Counter Balance calls the European Investment Bank (EIB) to develop a comprehensive and responsible taxation policy.
Opinion

The EIB is a public institution and supports projects in the name of EU policies. Therefore it is high time for the EU bank to ask for more than what commercial banks do for the sake of justice and broader public interest, write Xavier Sol andAntonio Tricarico.
Interview

Healthy and sufficient budgets are prerequisites for the European Investment Bank’s (EIB) investment tools and resources to be used by municipalities and regions, Vazil Hudák told EURACTIV Greece in an interview.
Interview

The Juncker Plan has been a "miraculous instrument", and Europe now needs the same paradigm change in development policy. That means moving from social policy to economic development, and from grants to loans. The EU will play a huge role in that shift, Werner Hoyer told EURACTIV.com in an interview.
News 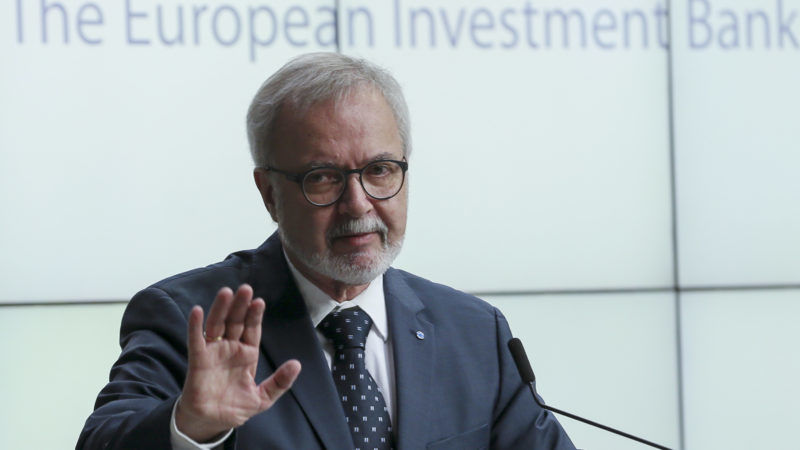 Five months after triggering article 50 and beginning negotiations for its exit from the EU, another European fund has frozen investment in the UK. EURACTIV’s partner Le Journal de l’Environnement reports.
Interview

Many rural parts of the EU have poor or no broadband internet, even as lawmakers in Brussels discuss new rules to speed up connectivity.
Special ReportNews

The European Commission is emphasising the use of loans and guarantees to attract private funding in support for energy efficiency renovation projects. But Central European countries are only slowly catching up with this trend. EURACTIV Czech Republic reports.
News

The EU's watchdog is investigating the EIB for maladministration after three NGOs submitted a complaint this week.
Read more »»
RSS - european investment bank