This week's vote on the EU budget for 2018 might signal a turning point in defining the future political landscape of the European Union, writes Doru Frantescu.
News

With just under two years to go until the next European elections, European Parliament President Antonio Tajani has sketched out campaign priorities that rebuff Euroscepticism and populism in favour of getting more people to come out and vote.
News

The European Parliament faces a stormy election for a new president on Tuesday after a long-standing coalition of pro-EU parties collapsed just as the crisis-hit bloc confronts a wave of Eurosceptic populism.
Opinion

The European Parliament is delivering, but there is still room for improvement in the way it communicates to both the younger and older generations, writes Vice-President Ramón Valcárcel.
Interview

Austerity widens social and economic disparities at the expense of the majority of people. EPP candidate for European Parliament President, Antonio Tajani, has always been a representative of the austerity establishment, Panagiotis Kouroumplis said in an interview with EURACTIV.com.
Interview

If he becomes the next president of the European Parliament, Gianni Pittella, the candidate for the Socialists and Democrats (S&D) group, promises to open a “new phase” in which all political groups have equal rights in shaping decisions.
Interview

As it continues to reduce public debt, Europe should stick to the "social economy model" and ensure no one is left behind by globalisation, Italian MEP Antonio Tajani, the European People's Party (EPP) group's candidate for the Parliament presidency, said in an interview with EURACTIV.com.
News

The European Parliament grand coalition between the right-wing European People’s Party (EPP) and the Socialist and Democrats (S&D group) is over and cannot be re-established, said its chief, Gianni Pittella, today (13 December) during a news conference in Strasbourg.
News

The Socialists & Democrats (S&D) are preparing a ‘counterattack’ against the European People’s Party, to ensure that they retain at least one of the EU’s top posts, EURACTIV.com has learned.
News

Martin Schulz is supposed to give up the European Parliament presidency in January, under an agreement brokered between the two biggest political groups. But a change of plans is afoot. EURACTIV Germany reports.
Opinion

Pro-European circles generally believe that only transnational lists can make elections to the European Parliament more European. But the proposal is unlikely ever to be accepted by the Council. Pierre Jouvenat considers an alternative.
VideoPromoted content 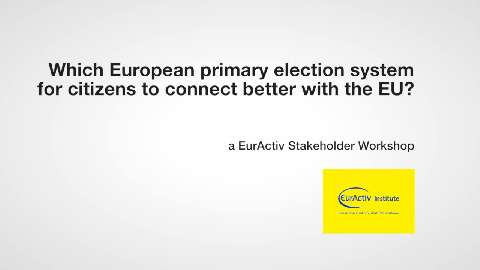 With lessons from the 2014 campaigns still fresh in people's minds, this is the perfect time to start the discussions within and among European political parties on how the system for the European elections in 2019 can be improved.
Opinion

If the European Union lacks somewhat in terms of popular legitimacy, the electoral procedure of the European Parliament must have something to do with it. Fortunately, Parliament is itself responsible for initiating electoral reform, although like all parliaments it must overcome the vested interests of serving deputies that provide an in-built bias towards the status quo, writes Andrew Duff.
News 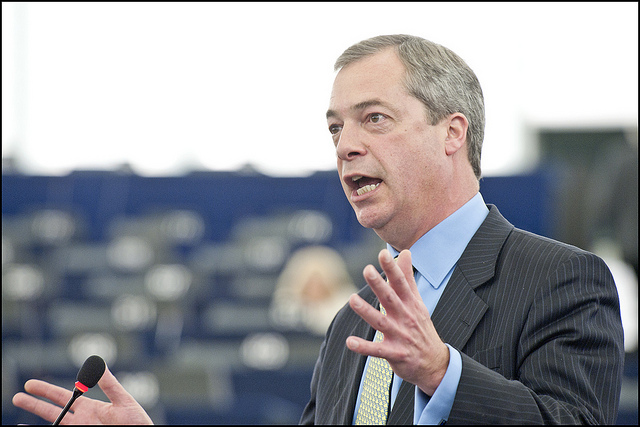 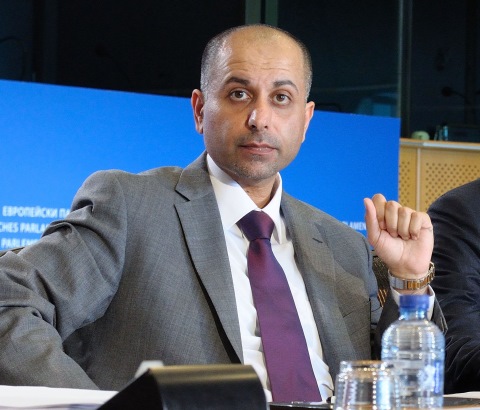 There is nothing in the EU treaties that means Jean-Claude Juncker must be the next European Commission President, Sajjad Karim told EURACTIV, before arguing that the rise of extreme parties in Europe was a message from voters demanding reform of the European Union.
News 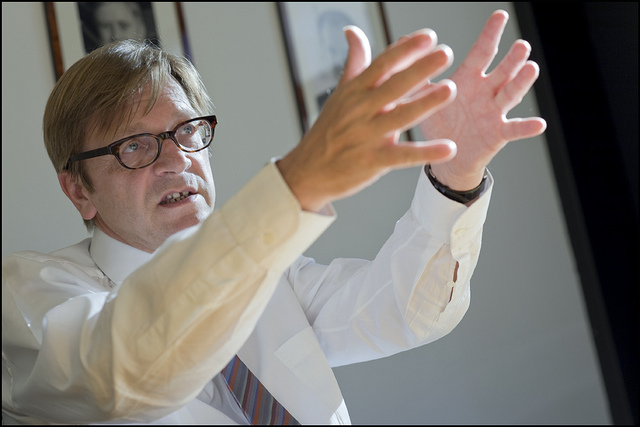 The ALDE Group of Liberals was tonight (17 June) joined by 12 MEPs from four parties, making it the third largest group in the European Parliament with 67 seats.
News

The May EU elections catapulted a number of journalists-turned-politicians into the European Parliament. As the gap between the EU institution and the citizen remains huge, will they do a better job at "communicating Europe"?. The EURACTIV Network reports.
Read more »»
RSS - European Parliament elections