On Monday (9 November), MEPs in the economic affairs and budgetary committees will vote on the EU's recovery fund package, but the ban on spending funds on fossil fuels, suggested by the environment committee, will not be in the final agreement.
News

The European Parliament's agriculture committee (COMAGRI) has made the creation of a high-level group to discuss the post-COVID-19 wine sector one of the conditions for lifting its veto on the Commission's aid package for fruit and vegetable producers.
News

Viktor Orbán, Hungary's strongman and prime minister, called for an “internal debate on the future mission of the EPP" in a memorandum sent to the leadership of the centre-right European People’s Party (EPP), whose dominance has receded following the May European elections.
News

Manfred Weber, the former German Spitzenkandidat for the European People's Party (EPP), has been on the defensive ever since his bid for the EU Commission presidency failed after the European elections in May. EURACTIV's partner Der Tagesspiegel reports.
News

German nominee for Commission president, Ursula von der Leyen, continued her charm offensive with European political families on Wednesday (10 July), as MEPs tried hard to pin her down on climate protection, rule of law and reform of the bloc's institutional structures.
News

The two main political groups in the European Parliament are losing ground but will remain the powerhouses in the new assembly. However, the traditional political forces on both the right and the left collapsed in France during the European elections. EURACTIV France reports.
Special ReportNews

Despite his Christian convictions, the lead candidate for the European People’s Party (EPP) at this week’s EU elections has remained remarkably silent on defining environmental issues such as climate change before suddenly changing gear at the end of his campaign.
Special ReportInterview

The lead candidate for the centre-right in this week’s European elections says “Europe must move towards net-zero emissions by 2050,” voicing his belief in innovation and new technologies to drive the decarbonisation agenda if he becomes the next president of the European Commission.
News

It is unlikely that Manfred Weber will become President of the European Commission. This is also because Germany often acts as a 'blocker'. Gerd Appenzeller, from EURACTIV's partner Der Tagesspiegel, gives his opinion.
News

Hungarian Prime Minister Viktor Orbán again lashed out at “Brussels bureaucrats” Sunday (24 March), days after reaching a compromise with conservative allies in the European Parliament who were angered by an anti-EU billboard campaign. During a public radio interview Orbán accused the...
News

The European Greens launched their electoral campaign on Wednesday (6 March) and set conditions for the European People’s Party (EPP) top candidate Manfred Weber, saying they would not be willing to talk to him "if he prefers leaning to the right".
News

The CDU party in the German state of North Rhine-Westphalia has withdrawn support for its longest-serving MEP, Elmar Brok, who slipped off its list of candidates for the European elections in May after 39 years in the European Parliament. EURACTIV Germany reports.
News

The European elections campaign began just one day after the end of the Austrian Presidency of the Council of the European Union, with a special guest. EURACTIV Germany reports.
Video 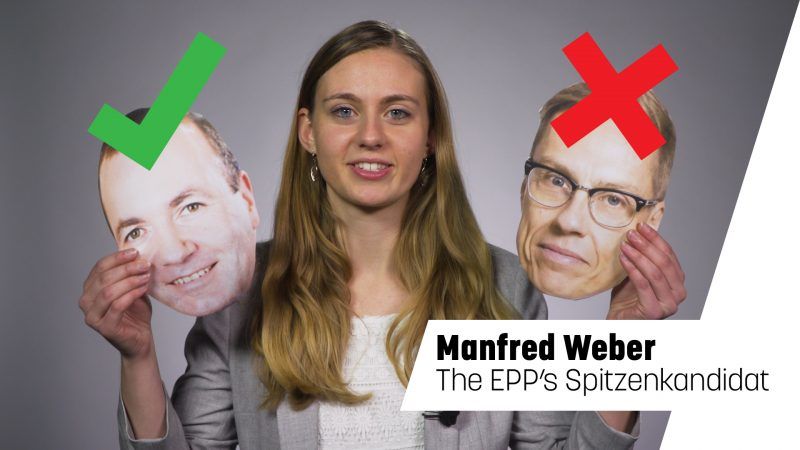 With no real debating at the big debate, the EPP's Helsinki Congress picked their Spitzenkandidat contender for the European elections. EURACTIV takes a closer look at the party's new old face, Manfred Weber.
News

German Manfred Weber was crowned Spitzenkandidat of the EPP, the European Parliament's largest party, on Thursday (8 November), after he swept to victory in a contest that saw ex-Finnish Prime minister Alexander Stubb win only 20% of the votes.
News

Alexander Stubb, one of the EPP's two candidates to be the next European Commission president, has urged Greek and Cypriot conservatives to remember how he handled the financial crisis and make an “educated and personal” choice at the party’s congress next month.
Interview

After serving his country as a minister and prime minister, and gaining first-hand experience in dealing with some of the EU's biggest crises, Alexander Stubb is now vying for the top job in the European Commission. He presented his credentials during an interview with EURACTIV.
News

Hungary’s Prime Minister Viktor Orbán has formally thanked the Greek far-right Golden Dawn party for their support during last month's vote on the activation of Article 7 against Hungary in the European Parliament. The move is likely to cause new frictions in the European People's Party, Orbán's political home in the EU.
News 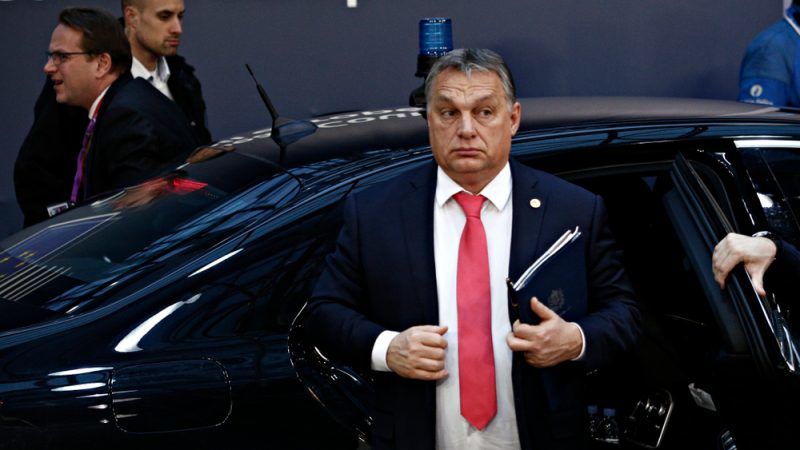 Socialists and liberals are crying wolf about centre-right Hungarian Prime Minister Viktor Orbán because they want to cover up problems in their own political families, a European People’s Party (EPP) source told EURACTIV.com, in an indication that jockeying for positions ahead of 2019 European elections had truly begun.
News

While the debate about the future of Europe is gaining momentum, the leader of the European People's Party (EPP), Manfred Weber, calls on the German Christian Democrats to show more willingness to compromise in an interview with EURACTIV’s media partner Der Tagesspiegel.
Read more »»
RSS - European People's Party