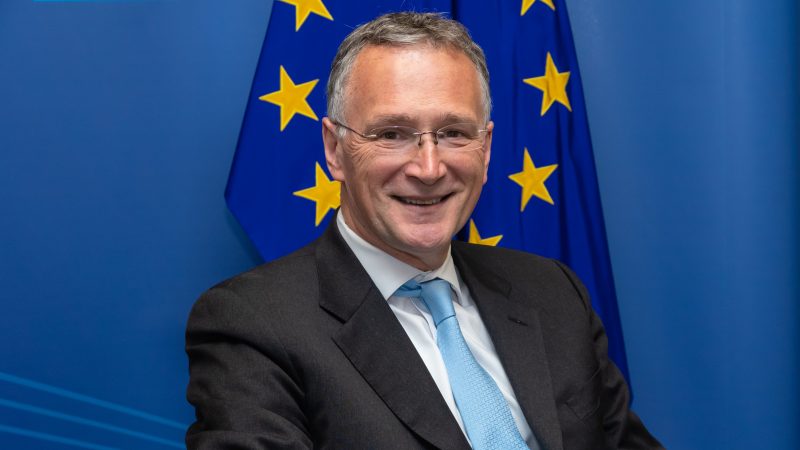 The president of the European Union's main science organisation has quit the post he took up only in January, the European Commission said, amid controversy over the bloc's response to the coronavirus pandemic.
News

A scathing article critising the generous grants allocated by the European Research Council (ERC) appeared in the Italian daily Corriere della Sera on Sunday (5 January), reviving a long-running debate in Italy over the poor state of the country's research.
News

As member states are locked into negotiations over the next EU budget, research has become an easy target for cuts. Meanwhile, EU-funded scientists urge that frontier research is becoming more important than ever with new challenges ahead.
Special ReportInterview

Instead of funding 'business as usual'-research, the need to take a long-term perspective is crucial for innovative solutions, but that is often difficult to accept for policymakers, the head of a top European research agency told EURACTIV.com in an interview.
Interview

The EU needs to be “bolder” and “shout” to promote its own scientific achievements to counter the PR tactics of partners like the US, Commissioner for Research Carlos Moedas said on Monday (21 March).
Interview

Europe has a good industrial basis, with strong traditional sectors. But EU countries are “not making the merge with the digital world,” warns Carlos Moedas, saying the transition will be “the most crucial area for getting it right or wrong for Europe”.
Interview

Under the European Commission’s new proposal for funding the eighth framework programme – Horizon 2020 – the European Research Council (ERC) is set to see a 77% boost in funds to €13.2 billion. ERC President Helga Nowotny tells EURACTIV that Horizon represents a validation of its success.
News
Science & Policymaking 09-06-2010

The work of Europe's scientific funding body has been marred by ongoing tensions with the European Commission and "stupid" bureaucratic rules, agency representatives have told MEPs.
News

EU Science and Research Commissioner Janez Poto?nik is to establish a high-level panel of experts to review the work of the European Research Council (ERC), it emerged yesterday (24 February).
News
Innovation & Industry 18-07-2006

ERC’s peer review to be interdisciplinary and forward-looking

The European Research Council's (ERC) peer review process for selection of the first researcher grants is set to be forward-looking and to encourage interdisciplinarity.
News
Economy & Jobs 22-04-2005

An expert group convened by the Commission to examine the benefits of creating a European Research Council (ERC) presents a long list of advantages.
News
Science & Policymaking 30-11-2004

Council gives its view on the future of European research

The Council has widely debated the shape of the 7th Framework Programme for research and technological development (FP7). It urges the Commission to set out its vision in early 2005.
News
Science & Policymaking 31-08-2004

The Commission's consultation process on the new Research Framework Programme is now under way, and many scientists are optimistic that their views will be heard. Others are more sceptical.
News
Science & Policymaking 24-08-2004