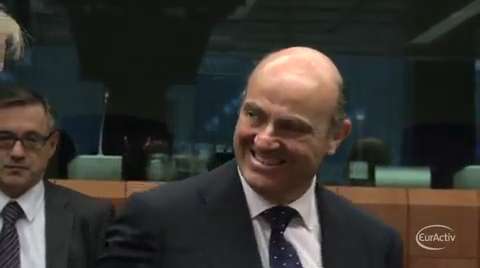 Spain will exit a financial aid programme for its banking sector from January next year, without drawing more European funds. The announcement came after an agreement by eurozone finance ministers in Brussels on Thursday. Earlier this year, Spain borrowed €41 billion from an EU-IMF bailout package to rescue several inderet banks from the collapse of a property and construction bubble.
Promoted content 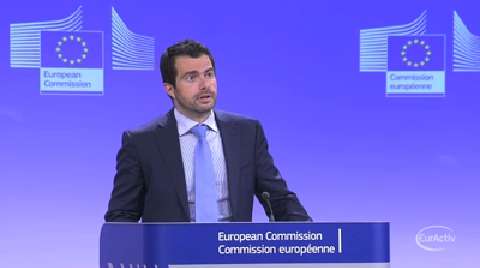 Eurozone clears way for €5.8bn in aid for Greece

Representatives of eurozone finance ministers signed off on the payment of the next batch of aid for Greece on Friday (26 July) and the money will be disbursed on the approval of member states on Monday, eurozone officials said.
Promoted content
Elections 16-07-2013

After refusing for weeks to comment on allegations linking the Spanish government with illegal payments and secret financing, Spanish Prime Minister Mariano Rajoy broke his silence on Monday and rejected calls for his resignation by the opposition parties. Speaking at a news conference in Madrid with visiting Polish Prime Minister Donald Tusk, Rajoy said that he will 'fulfill his mandate to defend the political stability in the country'. 'A democratic state based on the rule of law does not accept blackmail'.
Promoted content 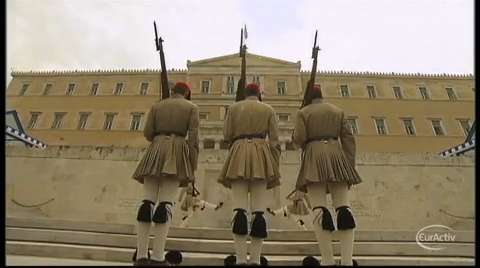 MEP's on Wednesday condemn the Greek government for its unexpected decision of closing down ERT, the Greek state broadcaster. Athens yet most drastic measure comes as an attempt to slash public sector jobs and meet the terms of an international bailout imposed by the EU-IMF combo. 'I'm shocked that in Greece overnight a public radio and television stations had been closed down and this is the Troika that is been blamed certainly in the public sphere what is been said. Stop the Troika, stop it , that what you can do for the image of Europe, stop it now'.
Promoted content 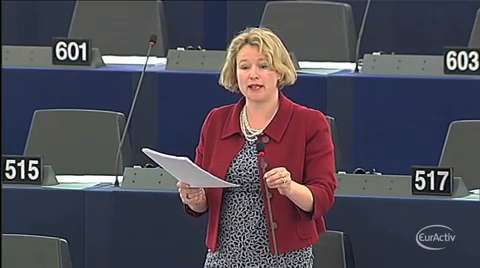 The European Parliament has voted to curb bankers' bonuses and reduce speculative risk-taking, and to step up capital provisions to help banks better cope in times of crisis.
Promoted content 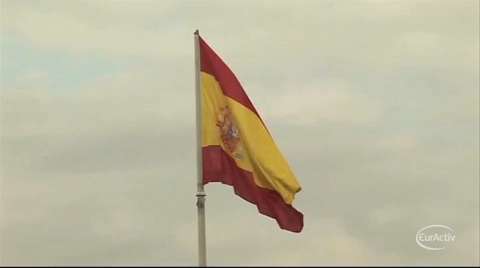 Brussels has warned Spain and Slovenia to take urgent steps to address their deepening economic problems or face a fine at the end of the month. Under the current rules, the EU can punish countries that do not correct excessive imbalances with a fine of 0.1% of their GDP. The warning came after the European Commission unveiled on Wednesday its second review of economic imbalances in 13 EU countries.
Promoted content 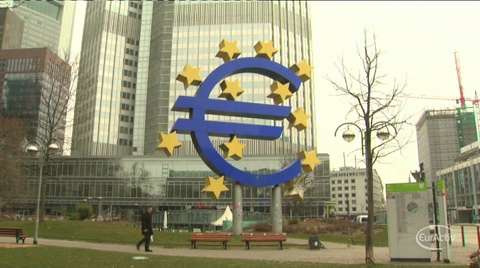 ECB president Mario Draghi on Thursday slammed the Cyprus negotiators for their initial proposal of making small savers pay for the country's bailout, He called the idea 'not smart, to say the least'. Draghi was quick to add that the proposal of imposing a levy on small savers did not come from the ECB.
Promoted content
Social Europe & Jobs 09-01-2013

After five years of economic crisis and the return of a recession in 2012, unemployment is hitting peaks not seen for almost 20 years, according to a report by the European Commission published yesterday (8 January), which showed growing disparity between North and South Europe.
Promoted content
Economy & Jobs 06-12-2012

The European Commission on Wednesday presented a proposal aimed at tackling youth unemployment across Europe. The new package includes the so-called "Youth guarantee". It is a tool that hopes to ensure that all youth under 25 receive a quality job, internship or education offer within four months of finishing school or becoming unemployed.
RSS - eurozone crisis