A German court ruled Thursday (12 July) that deposed Catalan leader Carles Puigdemont may be extradited to Spain, but only for alleged corruption and not on the more serious charge of rebellion.
News

Bulgaria has recently extradited to Turkey at least six people who allegedly are related to the network of preacher Fetullah Gülen, considered by Ankara a terrorist organisation.
News

The EU’s top court has ruled that member states are not obligated to grant other EU citizens the same level of protection from extradition that is afforded to its own citizens.
News

Athens is in a legal, diplomatic – even moral – quandary regarding what to do regarding Ankara’s request that Turkish 8 military who fled by helicopter to Greece on Saturday (16 July) should be extradited.
News 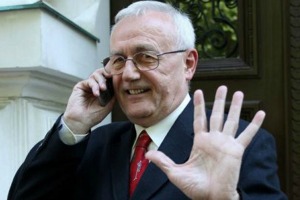 The European Parliament's Civil Liberties Committee will present recommendations on the European arrest warrant (EAW) today (27 November), asking for more clarity and an explicit clause on human rights protection, in a move aimed at reassuring dissatisfied countries such as the UK.
News
Justice & Home Affairs 16-09-2013

Croatia will move fast to amend its extradition law to avoid possible European sanctions, public radio reported on 13 September, weeks after a legislative change to protect veterans of its 1991-95 war from prosecution abroad.
News

A municipal counsellor with ties to the Albanian government has been detained in his country under an Italian arrest warrant for drug-related convictions, the website Le Courrier des Balkans reports.
News

Disagreements between France and the UK over common EU border controls have stalled interior ministers’ negotiations on security. First steps towards a common asylum procedure are to be made later this year.
News

Interior ministers from France, Germany, Italy, Spain and the UK have begun talks in Florence on handling immigration, terrorism and organised crime.  France and Spain oppose the creation of immigration centres in North Africa for would-be refugees.
RSS - extradition