With Article 50 set to be triggered this month, negotiations will begin on Britain’s exit from the EU.
Promoted content

The European Commission confirmed on Wednesday it will provide an additional €30 million of EU funding for CAP promotion programmes starting in 2015, on top of the €60 million that is foreseen annually in the CAP budget. The new measures are aimed at alleviating the impact of Russian ban on importing certain EU agricultural products.
Promoted content
Agrifood 20-11-2013

The European Parliament agreed on Wednesday to a "fairer and greener" reform of the EU’s agriculture policy but MEPs from across the political spectrum weighed in with their discontent. MEPs insisted that EU funds go only to active farmers and not to landowners who do not farm their land. Also, it was decided that more environmentally-friendly farming practices will be used. This is the first reform of the Common Agricultural Policy (CAP) shaped by Parliament as a full co-legislator with EU member states.
Special ReportPromoted content 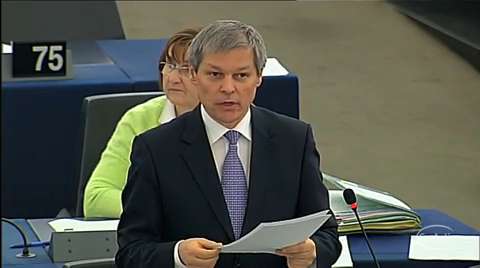 Reform of the CAP: Extracts from the statements by EU’s Dacian Ciolo?

The European Parliament votes today (13 March) on a future agricultural policy that, if approved as proposed, would step back from a generation of liberalisation moves and ease the European Commission’s plan to set new environmental standards for farming.
RSS - farmers